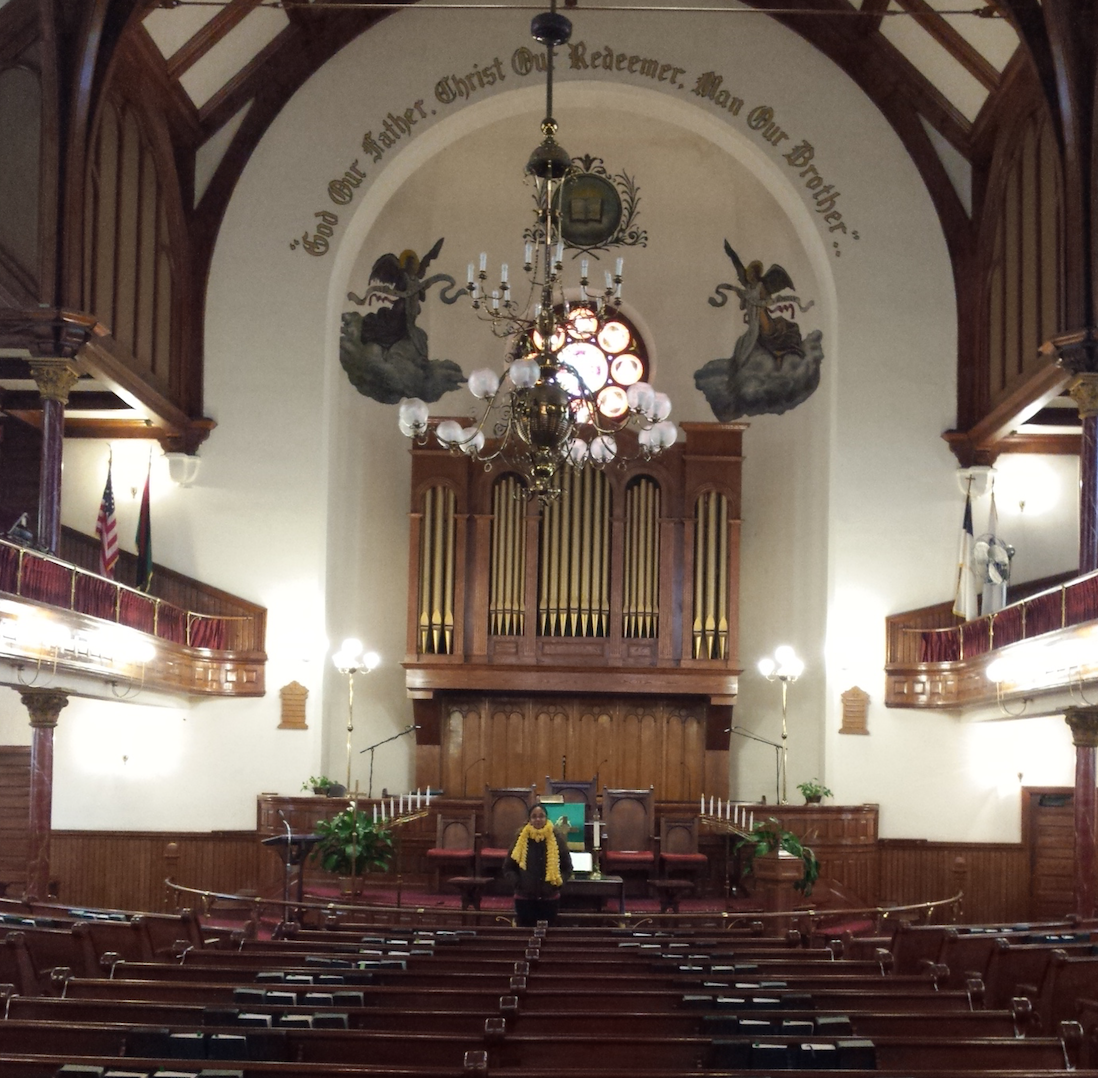 Mother Bethel AME Church is not on the Wikipedia List, but when two unconnected, well respected friends heard I was going to Philadelphia, they both recommended that I add it to my itinerary. Mother Bethel is special because it was the very first AME church. The church was started by Richard Allen in 1787 after he experienced discrimination while working with White members of the Methodist clergy. 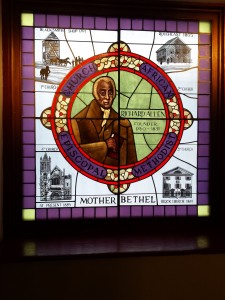 We rang the doorbell at Mother Bethel at 2:30 on this Saturday afternoon, only 30 minutes before the museum was scheduled to close. The ladies who let us, however, in were warm and enthusiastic. Dolores, a longtime member of Mother Bethel, was our tour guide.

She first took us into the sanctuary 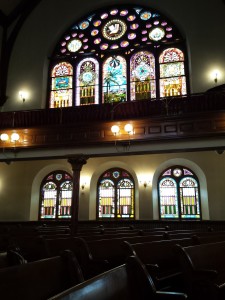 and explained that the current building is the fourth building on the site, which is the longest ongoing African-American-owned plot of land in the history of the country.This current building was built in 1889 and was preceded by three buildings, which were damaged or the membership outgrew. While the first was a blacksmiths’ shop that Allen had towed to the site in 1794 when the church was founded, this last building is a beautiful brick structure with three sets of exquisite stained-glass windows, beautiful wooden pews and a balcony.

The museum is in the basement of the church, and on the stairwell leading to the 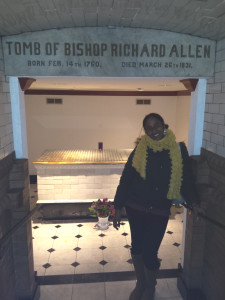 museum is a stained glass window honoring Allen. A mural chronicling the history of the church stands in the entryway to the museum. Then, inside, Dolores showed us paintings, photographs, and other artistic renderings of church leaders and artifacts from Allen’s life and the early days of the church along with the tomb of Richard and Sarah Allen. There, we discovered we were visiting on Richard Allen’s 255th birthday!

Allen’s is an incredible story that starts with him being born into slavery. He converts to Methodism at 17 years old, and then, once his master also converts to Methodism, Allen is freed. As a result, he is a devout Methodist, and he goes on to preach to large African-American congregations, but leaders in the Methodist church do not give him ideal times to preach, and he certainly does not have his own space. When he and his friend and colleague, Absolom Jones, are disrespected while praying in the Methodist church, they walk out, and Allen never returns. By 1816, he will have founded the African Methodist Episcopal Church. Below is a video about Allen’s life.

Because the museum was scheduled to close at 3:00, and snow had started to fall, we rushed through the last of the exhibits. We then bade Dolores goodbye and promised to schedule our next visit to Philadelphia on a Sunday so we could hear her sing in the church choir.

Check back next Monday, April 27, for the University of Delaware’s Paul R. Jones Collection of African American Art.