I have been interested in African-American history since before I had interests. Some of my earliest memories are of my mom taking me to the library in February to study important figures in Black history. I specifically remember encountering Harriet Tubman’s heroism, reading Langston Hughes poems aloud, and learning about Benjamin Banneker’s math and science expertise.

As I matured, the interest my mom had cultivated blossomed. With an English minor in my undergraduate education, I loved African-American literature. I was fascinated by slave narratives and by Toni Morrison’s novels, which capture that history through her lyrical, non-linear narrative style, and when I studied abroad in Barbados, I devoured two semesters’ worth of West Indian literature classes and read Ellison’s Invisible Man for the first time. That love grew in my post-graduate work in English where I did an independent study on Pan-African women’s literature. I continue to love African-American literature, but I read more non-fiction now. I tout works like Isabel Wilkerson’s The Warmth of Other Suns and Michelle Alexander’s The New Jim Crow to anyone who will listen. I also never miss a documentary on the subject like PBS’s 2005 Slavery and the Making of America, Sam Pollard’s 2012 Slavery by Another Name, and Henry Louis Gates’s 2013 The African Americans: Many Rivers to Cross.

The more I learned, though, the more frustrated I became. I had to fight back tears during a visit to LA’s Museum of Tolerance in 2009 because I realized that the Jewish community worldwide had done such an amazing job of documenting the atrocities of the Holocaust, but I was frustrated by what I saw as the Black community’s inaction in using museums to document and share the nearly 250 years of atrocities committed in America’s “peculiar institution.” I visited a Holocaust museum in Israel, and I have visited and heard about others across the world. 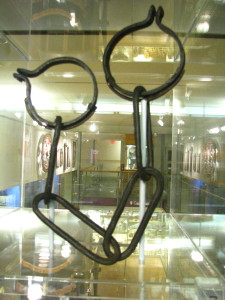 So I wondered, “Where are our Slavery museums?”

That question lingered in the back of my mind for years, and when I visited The National Underground Railroad Freedom Center in Cincinnati, Ohio in 2011, that question came flooding back. I was overjoyed to see that one museum existed that was dedicated to documenting the atrocities and the victories of the African-American experience. Were there others?

Then, near the end of 2013, a Wikipedia list put me in action. I don’t remember what I was looking for when I happened upon the List of Museums focused on African-Americans, but when I found it, I got an idea: Why not visit every museum on the list? I didn’t know how long it would take, but perhaps by the end of my excursions, I would be comforted by the information that is available to the public through museums on the American institution of slavery and African-American history or I would be inspired to do something about the lack thereof.
So of all places, I started in Florida. . .

Check back Monday, February 9th for the first blog post in the Florida series.