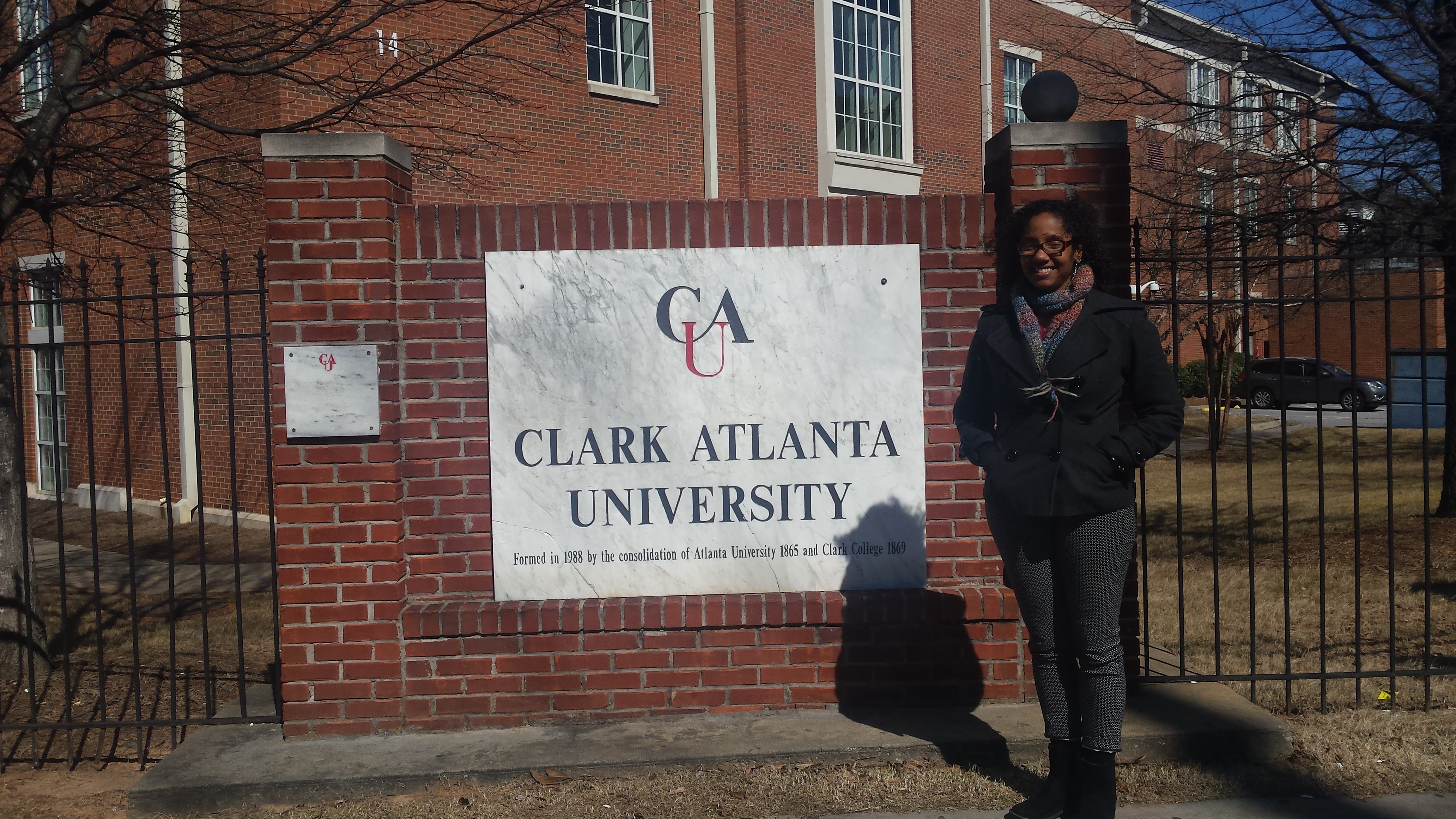 I left the Spellman Museum, and after being directed to the shortcut to Clark, strolled over to Clark’s Art Galleries in about six minutes.  My phone’s battery succumbed while I was out that day, so unfortunately, I only managed a couple of photos, especially since just outside the Clark galleries, are beautiful murals painted by Hale Woodruff, whom, you may remember I discovered last year when I saw the Rising Up exhibit at the Birmingham Art Museum. 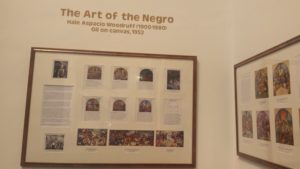 Inside of the gallery was a temporary exhibit, This Postman Collects: The Rapture of Kerry and C. Betty Davis. This exhibition was made up of fine art pieces collected by Mr. and Mrs. Davis over a 30-year span.  The collection is special because Mr. Davis was not a professional athlete like Elliot Perry, who collects African-American fine art in Memphis. Mr. Davis worked as a mail carrier in Atlanta, and he and his wife amassed their extensive collection on their middle-class salaries.

One piece in the gallery’s permanent collection that stood out was the “Fantasy Coffin in memory of Richard A. Long” This piece was commissioned by gallery director, Tina Dunkley to honor her friend and an advisor to the gallery, Richard Long. It was created in Ghana in the tradition of elaborate fantasy coffins honoring the deceased in the shape of something meaningful to them. The one in the exhibit is a miniature version of Long’s 1974 Datsun.

Not only was the art stunning, but the employees were helpful in Clark’s galleries.  With a dead phone, I got directions for transportation back to my hotel and an invitation to an upcoming campus production starring the young student actress and gallery employee.  After seeing art exhibitions at Clark and Spellman, I’m eager to make future discoveries at more university galleries.

Check out this talk given by Kerry Davis at the Clark Galleries: