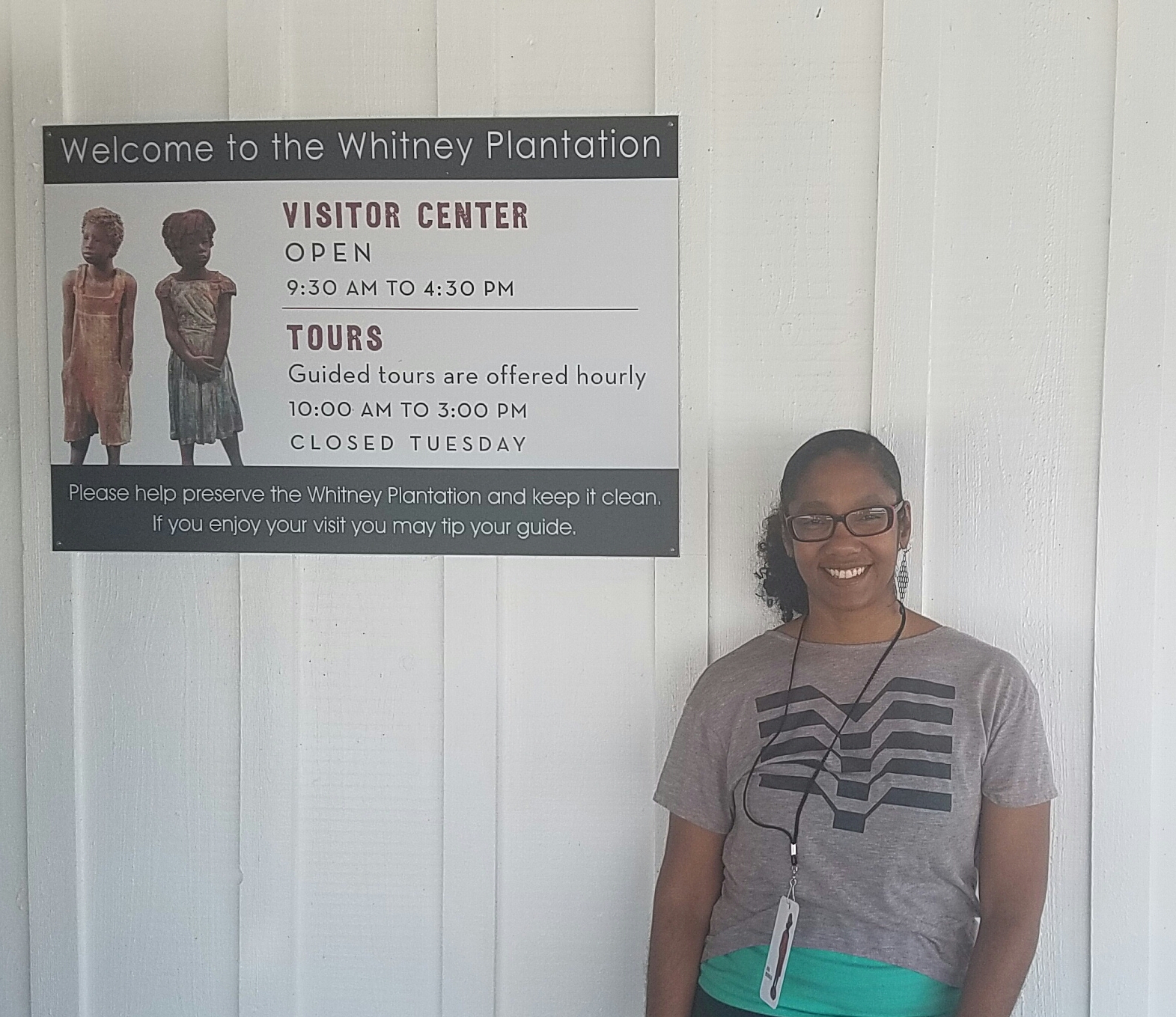 I first read about the Whitney Plantation in a 2015 Los Angeles Times article, which I posted on my Facebook page and started strategizing how I might get there.   With two years of anticipation, I was not disappointed.  When we arrived, I was impressed by the crowds, the gift shop’s display panels offering an overview of the slave trades, and the diversely stocked gift shop.  We arrived around 12:30 on a Monday, and the 1:00 tour was fully booked.  Fortunately, a tour group from New Orleans was scheduled to arrive for a 1:15 tour, and we were able to join that group.  After Kathe Hambrick, the founder, and director of the River Road African-American Museum, complained of so few visitors and so little funding two days earlier, I considered why this plantation, about the same distance from New Orleans as the River Road Museum, is bursting with visitors willing to pay $22 admission.  The very different circumstances of its founding likely explain the disparity. 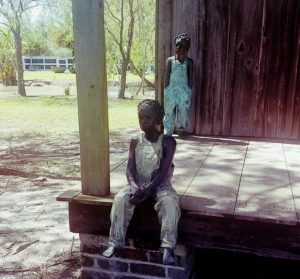 The Whitney Plantation was purchased by John Cummings, a white New Orleans lawyer, in the 1990’s, and it is well-known for being the only Louisiana plantation with a focus on its enslaved residents.  I remember visiting plantations that were tourist destinations on a family vacation in the Caribbean and my mother’s grumbling about the lack of recognition of the enslaved people who lived there. Instead of opening that type of tourist destination, Cummings hired

Senegalese historian Ibrahim Seck and venture into this uncharted territory and as a result, the Whitney has gotten a wealth of publicity, including that full-page write-up in the Los Angeles Times, and NPR story.  Cummings was also able to invest millions of dollars of his own money into the Plantation, which is not an option for most small Black museum founders. 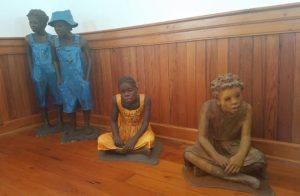 Yvonne from Chicago was our tour guide, and she explained the history of the plantation. The tour began in a church that had been brought onto the property, and she explained that Black churches founded around the middle of the 19th century labeled themselves “anti-yoke” to express their anti-slavery stance, which eventually became “Antioch.” In the church are statues, carved by Woodrow Nash, of enslaved children intended to honor the people interviewed during the WPA’s 1930s project where formerly enslaved individuals were interviewed.  Those subjects had all been children when those enslaved in America were emancipated. 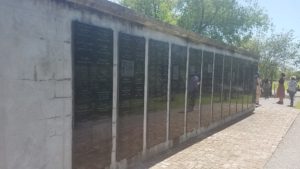 I was surprised to see that the plantation contains several sizeable monuments to enslaved people. The first one we visited was the one dedicated to the enslaved people who lived on the plantation, with the names of the over 350 enslaved people engraved into granite slabs.  Then, a much larger monument lists the names of 107,000 people held in bondage in Louisiana between 1719 and 1820. Then, the most heart-wrenching monument for me was the Field of Angels listing names of 2200 enslaved infants who died in St John the Baptist parish.

We also visited a few structures on the site including a slave cabin, a jail, a blacksmith shop, and the big house. Yvonne encouraged us to visit the “optional” exhibit on the property dedicated to the participants of the 1811 German Coast Uprising. The uprising was quelled and the participants were executed.  Many of them were decapitated and their heads placed on display on stakes as warnings to other slaves.  An artist’s rendering of the heads on stakes along with panels describing the uprising can be found in the back corner of the plantation available to interested visitors. 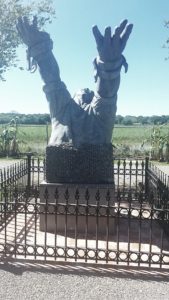 The Whitney Plantation is well-funded and impressive.  It fills a niche nicely and draws visitors from around the world to expose them, not just to the horrors of slavery, but also to the humanity of people who were enslaved.  I know that some in the Black museums community are frustrated by the fact that Cummings, because of his access to resources, has had the privilege to tell this part of “our” story while many of us, even those who are museum professionals, cannot have his reach.

Check back to read about my visit to New Orleans’s George and Leah McKenna Museum of African American Art.