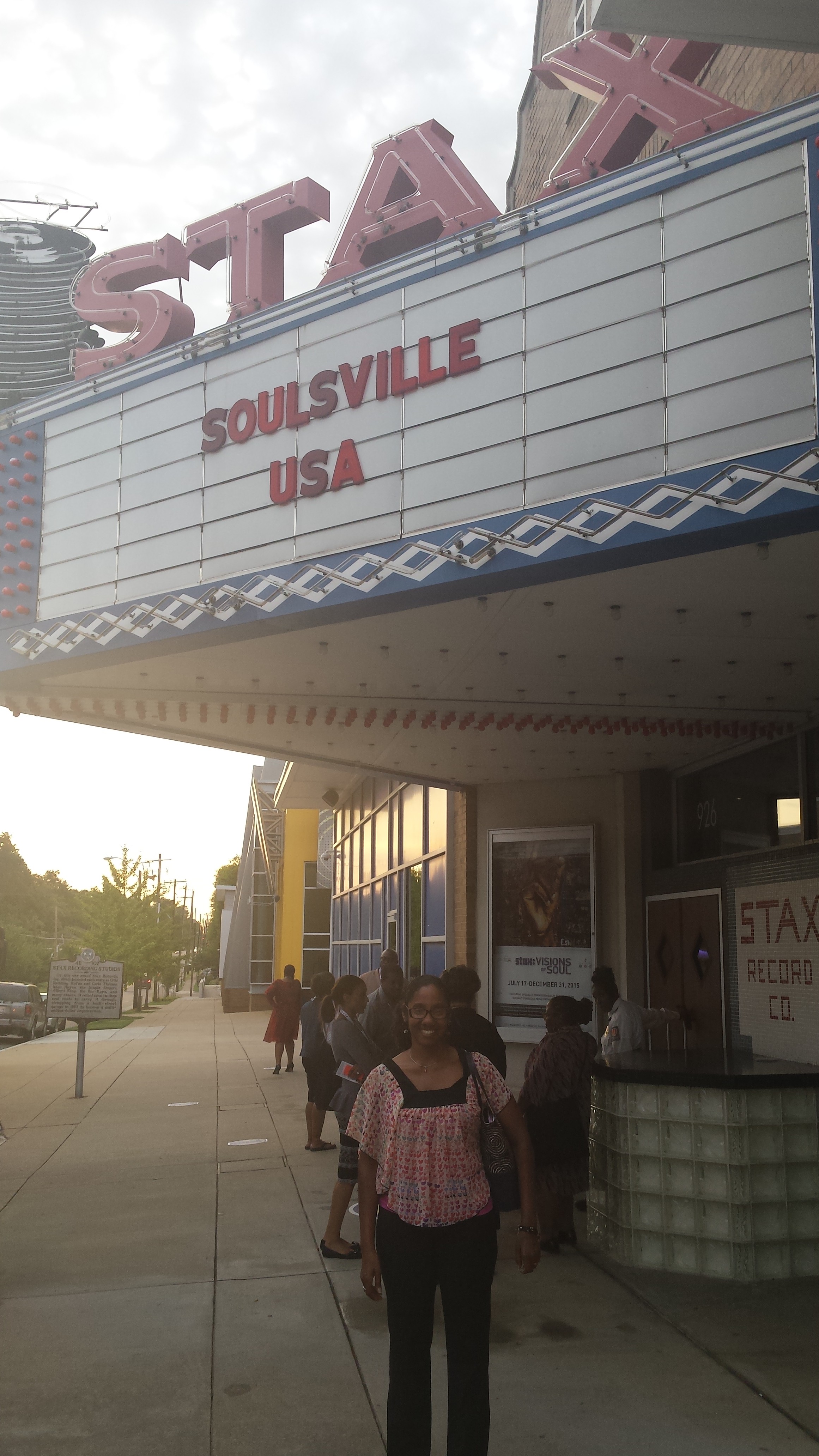 Like the Withers Gallery, I visited the Stax museum twice while I was in Memphis.  I was fortunate to meet the former director of the Stax Museum at the Association for African-American Museums pre-conference session, and she encouraged me to visit the Stax museum again after the reception they would host during the conference and bring my husband.

The museum is a wonderful place for a party with its “Wall of Sound,” a floor to ceiling display case filled with all the records and singles released by Stax artists and other display cases showcasing a variety of artist garments including several standard flashy 1970s getups.  The museum includes a fabulous live music space where the conference attendees were treated to music from a live band, Paul B. McKinney and the Knights of Jazz.  I also enjoyed the Stax: Visions of Soul contemporary art exhibit in a small gallery adjacent to the gift shop. 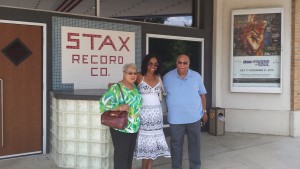 When I returned to the Stax museum a few days later with my husband and some family friends, I got a better sense of the museum’s full 17,000 square feet.  First, we watched a video, a much shorter and less detailed version of The Story of Stax Records in eight parts on Youtube:

From the small theater, we entered a gallery I had not seen in my first visit honoring the Black church as the origin of soul music.  An actual turn of the century church from Mississippi, Hoopers Chapel AME Church, is housed in the museum as part of the exhibit.  The exhibit includes panels chronicling the history of spirituals, gospel music, and the civil rights tradition tied to the Black church. 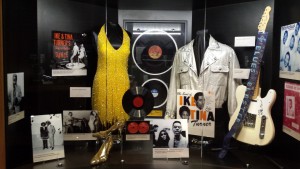 The next galleries chronicle the story of Stax Records, its artists, and other soul music artists of the 1960s and 70s.  The museum houses and displays artifacts from artists like Johnnie Taylor, Ike and Tina Turner, Ray Charles, and Isaac Hayes.

The museum also has some interactive exhibits and games that give visitors an opportunity to answer trivia questions and make connections between current artists and songs and artists and songs from the Stax era.

What stood out most to me in the Stax museum was the depiction of the relationship between Stax and Motown.  One panel explained that in some Black communities across the country, Stax was seen as “’Bama Music” of the south while Motown was described as “Uptown Soul,” a dichotomy in keeping with the narrative of the Great Migration of African-Americans from the “backwards” South to the “advanced” or “progressive” North through much of the 20th century.  In fact, Mowtown is a product of that migration.  Berry Gordy’s father had moved to Detroit from Georgia in 1922, and ironically, Smokey Robinson’s mother, Flossie, moved to Detroit from Memphis. 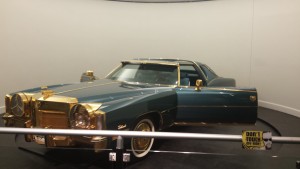 My husband, however, insists that Isaac Hayes’s green and gold Cadillac rotating on display in the museum left the most lasting impression on him.

Check back next Monday, October 4th, to read about my visit to the National Civil Rights Museum.