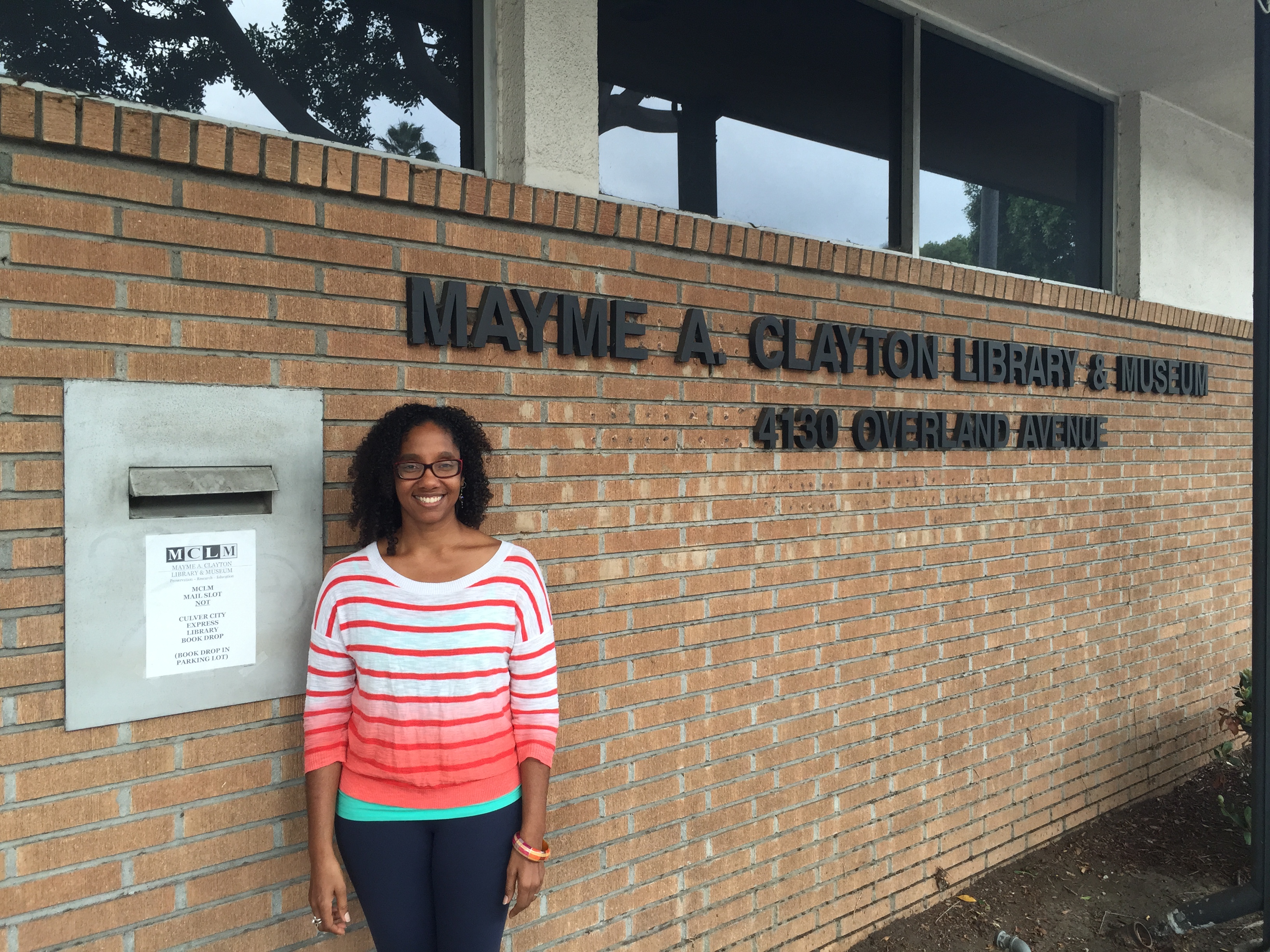 The Mayme Clayton Museum and Library

I first heard of Mayme Clayton around 2004 when I went to see a Black art exhibit at the Long Beach Art Museum.  Avery Clayton was there championing his mother’s collection and promoting the upcoming museum.  He asked for donations and put me on his mailing list. Then, over the last several years, I have visited the Mayme Clayton museum and Library on several occasions for screenings of films from Mayme Clayton’s collection, but this visit was my first time touring the Culver City facility that opened in 2008. 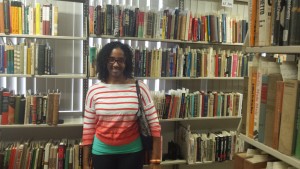 When I called to set up a tour, Lloyd Clayton told me he would not be available at the time we could visit.  I was disappointed, but we stuck to our plan to go anyway.  When we arrived that afternoon, he was there after all, so we got the grand tour.  Since Lloyd was our tour guide, we got a lot of the background on Mayme Clayton’s collection which she started in their West Adams garage when she was still a UCLA law librarian.  She eventually asked UCLA for a budget to support her collecting of African-American artifacts, and when they denied her request, she retired and became a full time collector.  By 1979 she had over 24,000 books and over 800 films.  Early on she did a lot of trading, and once she developed a reputation as a collector of artifacts in the African-American community, people would leave boxes of items on the family porch. 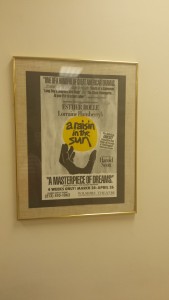 We started our tour in the hallway at the entrance of the museum housed in the old Culver City courthouse.  That hallway is painted a deep red and lined with album covers from folks like Isaac Hayes and The Last Poets.  On display are also some eclectic historical images and documents like a decades old map of the “Distribution of Negroes in Los Angeles.” It shows, by color, the concentration of African-Americans around different parts of LA. Other images in the hallway include a poster from the Wattstax concert and a poster of a famous 1966 image of Huey Newton seated in a wicker chair, which according to Lloyd, gained popularity in the Black community at the time. 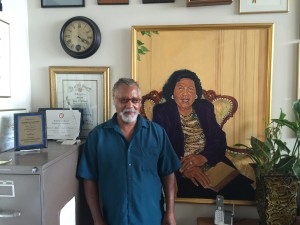 One surprising thing about this museum is its location.  It is in the old Culver City courthouse.  We passed by old courtrooms, and Lloyd even took us down to the old holding cells.  One major source of revenue for the museum is filming for television and movies using areas in the courthouse like the courtrooms and the underground holding cells. 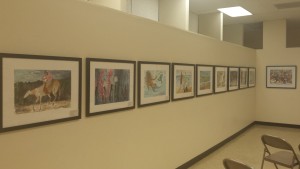 Lloyd took us into another multi-purpose space in which an exhibit of Mamie Hansberry’s paintings is on display. In one corner of this room is a closet where Lloyd went in and proceeded to dig out documents and artifacts and built up the suspense when he told us he was going to blow our minds.  We were doubtful, but he pulled out some impressive artifacts. He showed us an original print of William Lloyd Garrison’s nineteenth century abolitionist newspaper The Liberator. We also saw an original copy of Solomon Northup’s book, Twelve Years a Slave, an original copy of a bill of sale from the sale of slave in the 19th century, and an original copy of the first issue of Ebony Magazine from 1945. The collection includes countless other original documents and artifacts.  The most remarkable artifact he saved for last.  The Mayme Clayton Museum has an original, signed copy of Phillis Wheatley‘s 1773 book, Poems on Various Subjects, Religious and Moral. And “Boom!” he dropped the mic; our minds were totally blown.

Mrs. Clayton’s expansive collection is impressive. I look forward to one day seeing it professionally preserved, organized, and exhibited.  Lloyd told us he’s looking for a volunteer archivist, so if you know anyone, please contact the museum.  This Southern California gem deserves to have the opportunity to truly shine.