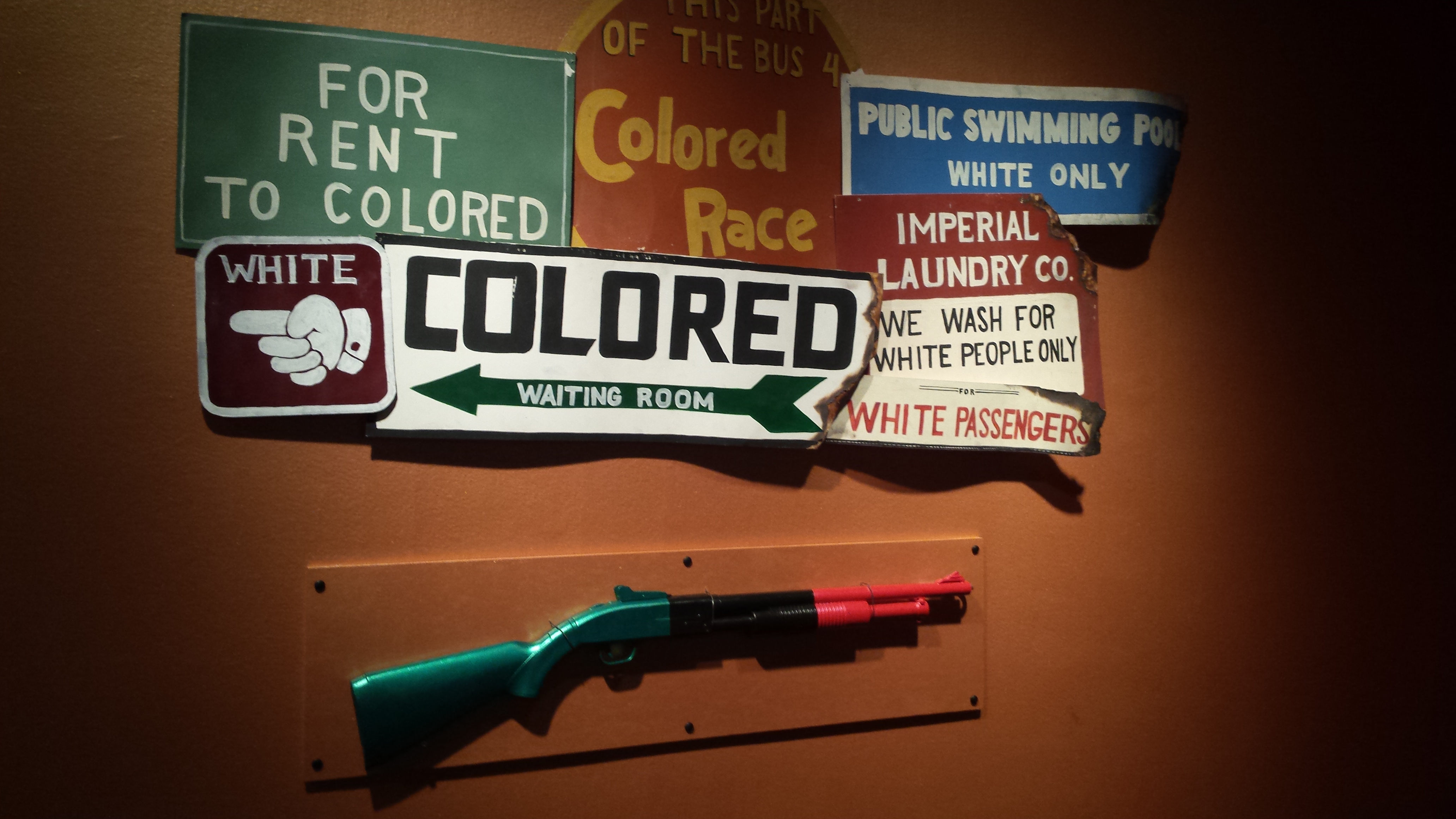 Martin Luther King Jr. Day 2016 I finally visited the California African-American museum with a couple of friends. I have visited this museum many times since its 1984 opening, but this was my first official Our Museums visit.  I was excited to finally visit one of the first African-American museums I ever visited, my local museum that I remember from childhood, for the project.

For King’s birthday, the museum featured programing, including live performances by community groups, a screening of the documentary about the 1963 Birmingham schoolchildren’s protest,  Mighty Times: The Children’s March, as well as free birthday cake.

While I did not see much of the film, my friend who did praised it and said she knew so few of the details of the march, especially the fact that the protesters were children. 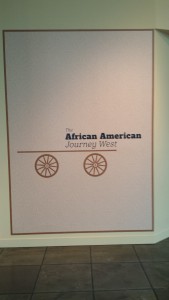 I spent most of my time in the museum browsing exhibits.  We started with The African-American Journey West.  As a native of the west coast, I am always interested in stories of how the descendents of slaves made it to the west and how we have all fared here.  The exhibit is made up of artifacts from the museum’s permanent collection that provide an overview of the African-American presence in the West over the last several centuries.  Some of the items that most stood out to me were the photos and descriptions of Mary Ellen Pleasant, a 19th Century migrant to San Francisco responsible for early civil rights activism there. The exhibit also includes photographs and a description of Colonel Allan Allensworth and the California town he formed around the turn of the century.  An original copy of a 1913 edition of The Crisis titled “Colored California” is also included in the exhibit along with entire sections of the gallery dedicated to blacks in Entertainment and Sports in California as well as a piece by Noah Purifoy entitled “Watts Riots.” 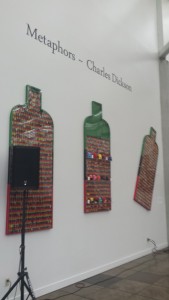 We also spent some time examining pieces in Charles Dixon’s art exhibit, Metaphors, with pieces on display in the museum courtyard and foyer. They are made mostly from found objects from 5-hour energy drink bottles to electronics and musical instruments. 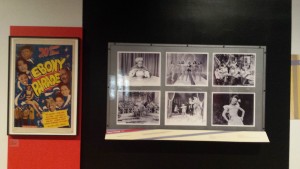 The next exhibit hall was lined with posters and stills from independent African-American films from the 1940s, in the exhibit, Coloring Independently. We saw images from films including Oscar Micheaux’s The Betrayal and Ebony Parade.  ONe of my friends observed the colorism in the casting of these films.  If you look closely at the posters, you notice that all of the desirable actors would have passed the “paper bag test.”  Only comedic or villainous characters had darker complexions.

In the next exhibit hall, was the debut Evolution of the Revolution, a series of wall hangings and staged color photographs designed to convey messages about the state of Black America. I had the pleasure of meeting the artists, giddy on the opening day of the exhibition of their lives’ work. 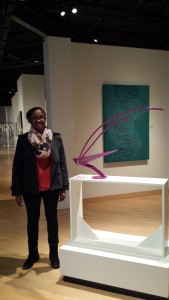 The final gallery we toured contained the exhibit, Hard Edged: Geometric Abstraction and Beyond.  We had almost skipped this gallery since we’re not too crazy about abstract art, and we were tired, but in the end, we were so happy we’d gotten a second wind.  The first work we saw was a purple sculpture titled “Middle Passage” that seemed intent on proving our misgivings about abstract art. We just couldn’t see it.  But as we explored space teeming with paintings, photographs, and sculptures, we developed an immediate appreciation for most of the pieces. I immediately recognized a piece by Elizabeth Catlett whose work I’d seen at the Museum of the African Diaspora a year earlier. There are many beautiful pieces in the exhibit, and we especially loved “Picky Head,” made up of four floor-to-ceiling panels covered in tiny black and white photo portraits of Black women and the words “Picky Head” stenciled across the panels in hair relaxer.  As we left this gallery, headed to grab some MLK birthday cake, we exchanged a few words with a young man about one of the pieces, and he wished us a “Happy King Day.”  I thought, “Wow. This is our holiday,” and I was pleased I’d decided to spend the day exploring one of Our Museums.

Be on the lookout for the next blog post about my visit to LA’s Museum of Contemporary Art to see Noah Davis’s storefront exhibit, Imitation of Wealth.