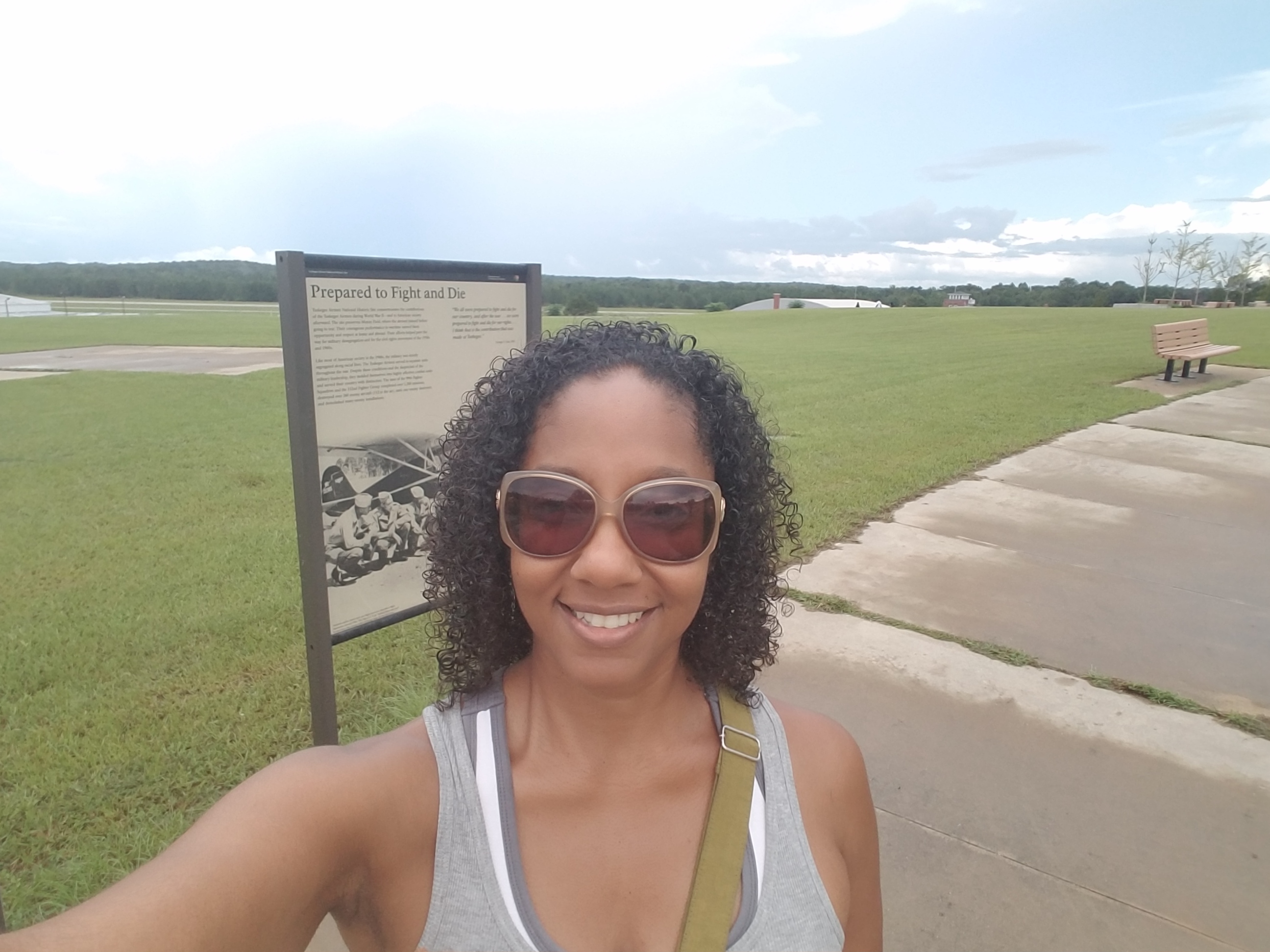 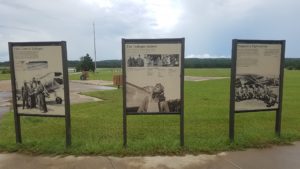 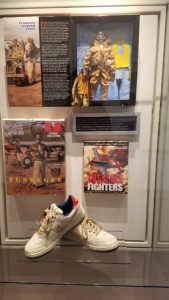 I visited Tuskegee, Alabama with my mom in June 2015, and we visited The Oaks, the George Washington Carver Museum, the Legacy Museum, and the Tuskegee History Center, but we ran out of time to visit the Tuskegee Airmen National Historic Site.  I was glad to be back in the area this summer with time to stop for a visit. 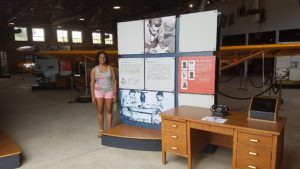 My parents had visited the site before, so they pointed out some of the upgrades.  For example, when they last visited, only one hangar was open to visitors, but now there are two. One is obviously new, outfitted with multiple videos playing on flat screens, many of interviews with Tuskegee Airmen, as well as up-to-date exhibits. The hangar with the older displays contains several outdated exhibits with audio elements that have gone quiet. 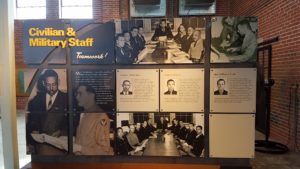 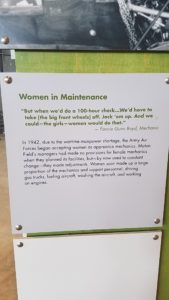 One thing that stands out about this site is the recognition of the civilian laborers who participated in this project.  There are full multi-panelled displays dedicated to maintenance crews, including women, and members of the civilian staff, all tasked with supporting the pilots. Some of the exhibits include hands-on elements designed to be touched to give visitors a sensory experience of some element of the airmen’s experiences. A layered segment of a wing is available for visitors to touch and examine.  A parachute is also out on display for visitors to practice folding and feel its weight.

Another revelation I had was that about 16,000 men have been able to call themselves Tuskegee Airmen.  I had no idea there were so many.  On display with the newer exhibits is a three ring binder containing a directory naming all of the Airmen.  Tuskegee University’s web site includes a page that lists the names of all of the men.

Check back to read about my visit to LA’s Museum of Contemporary Art to see Kerry James Marshall’s Mastery.