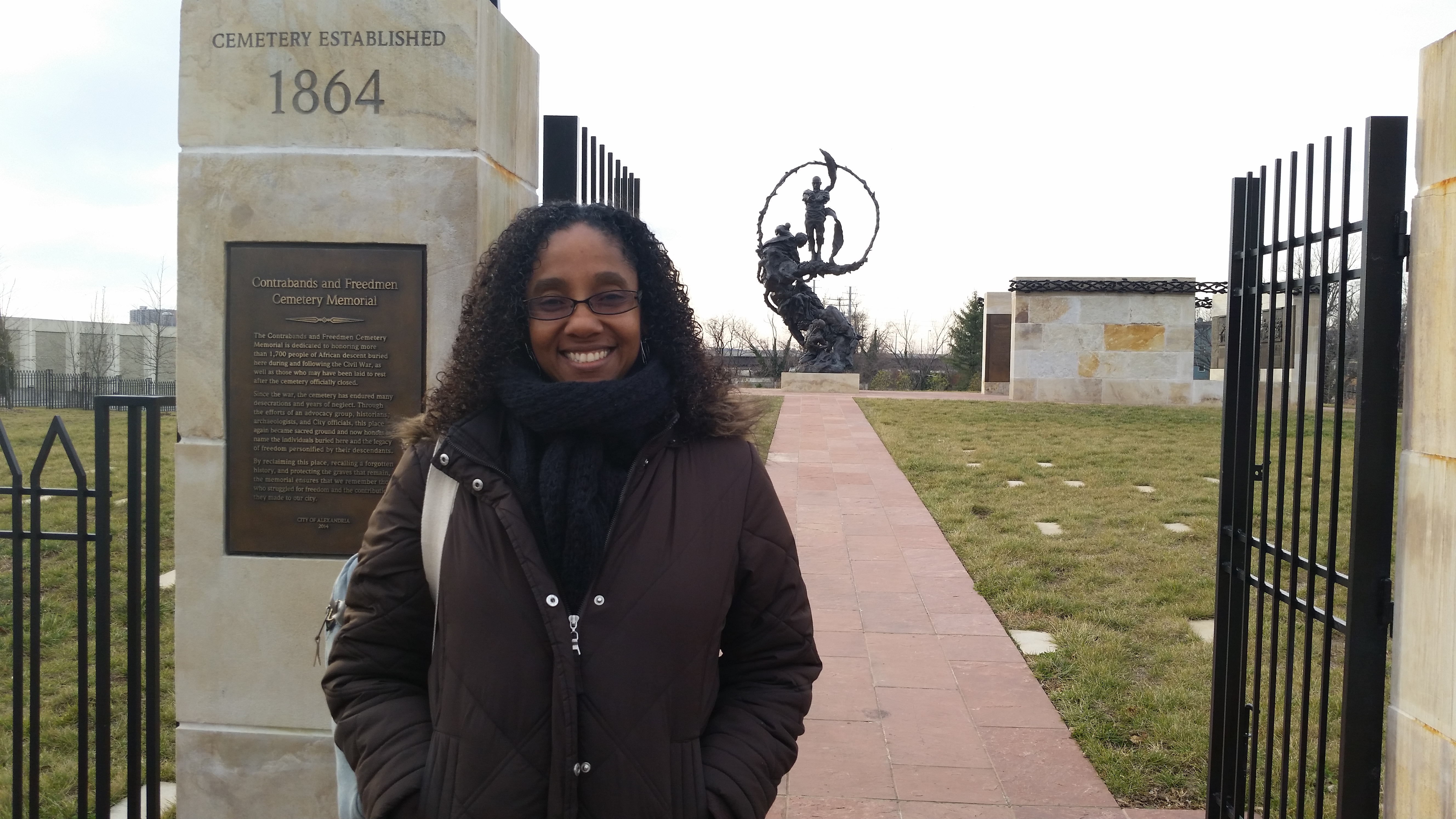 When we visited the Black history museum in Alexandria, Virginia, I immediately saw how the small but extensive panel exhibit in this museum perhaps best captures my vision years ago of a network of “American slavery museums” across the nation following the example of the worldwide phenomenon that is the Holocaust Museum.

The guide proudly introduces the permanent exhibit, “Securing the Blessings of Liberty,” saying that it follows the history of the African American population in Alexandria starting in Africa until about 1820. This is unique because African-American history museum exhibits typically emphasize the most well-documented 20th century history of Americans descended from enslaved Africans rather than these earlier times.

The first set of panels captures the sub-Saharan African civilizations and includes artifacts from sub-Saharan African cultures that dominated the slave trade. What stood out most to me was learning about Bartolome de Las Casas, a Spanish missionary, who was an advocate for indigenous peoples in the America and thus, although he eventually opposed all slavery, is credited with recommending Africans to replace the poorly-suited indigenous American population enslaved in the 16th century Caribbean. Watch this video to learn more about de Las Casas’s role in the history of the Americas:

The panels go on to describe the middle passage including heart-wrenching details using quotations from Oloudah Equiano and Europeans who participated in or witnessed the Slave Trade. The panels then go on with details specific to slaves and free Blacks in the Alexandria area. The exhibit features Benjamin Banneker and his important role in American history along with other free Americans of African decent in Alexandria. The writer even brilliantly points out that any buildings with historical significance for White Alexandrians surely also housed or were frequented by early Black Alexandrians, and are thus significant to Alexandria’s African-American history as well. 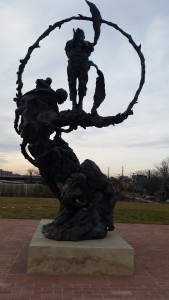 In addition to the panels of text, the exhibit uses quotations from a variety of sources as well as images including photos of buildings, artifacts from archeological digs, and life-size wax figures to make real this portion of American and Alexandrian history.

The temporary exhibit in the museum showcases the recently-opened Contrabands and Freedmen Cemetery Memorial and explains the history of the cemetery. We were so intrigued, we delayed our already late lunch to visit the somber and beautiful site where hundreds of self-emancipated former slaves and Civil War veterans are buried.

Watch this video to learn more about the cemetery.

Check back next Monday, April 6, for a look at San Fransisco’s Museum of the African Diaspora.