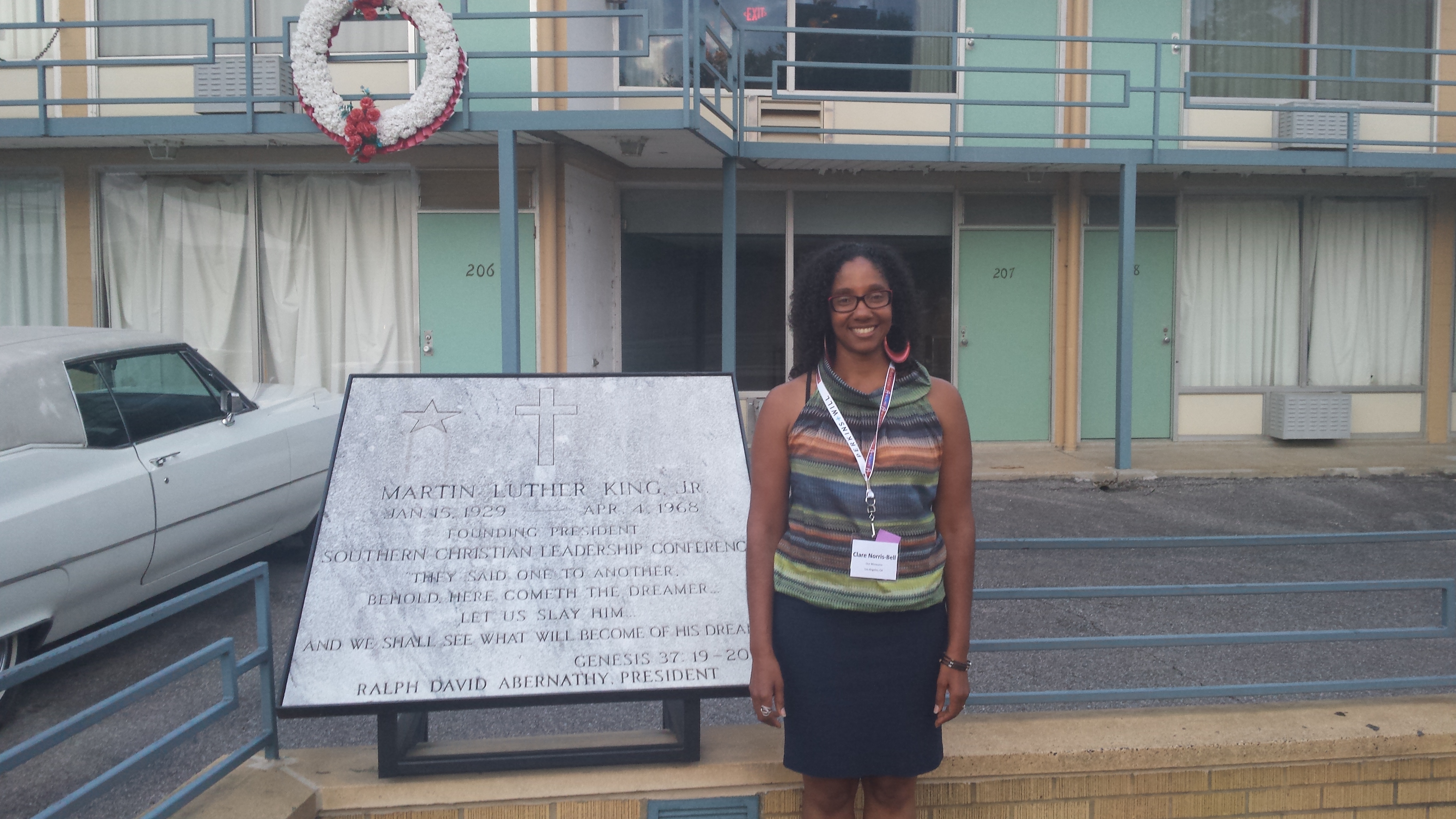 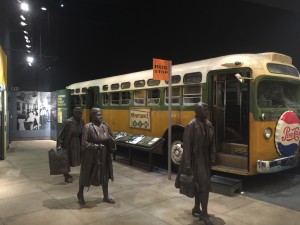 I visited the National Civil Rights Museum in Memphis as part of this year’s Association for African-American Museums Conference.  Every evening of the conference attendees were treated to a reception in an African-American museum.  This museum hosted the conference’s closing reception, so the organizers pulled out all the stops.  There was a delicious buffet, an open bar, a live band, and a DJ.  My husband and I arrived at the party fashionably late, and as we walked in, I spotted a new friend looking surprisingly distraught.  We approached her, and she explained that she was just emerging from the museum’s maze of emotionally taxing permanent exhibits and she had to compose herself before she could return to the party. 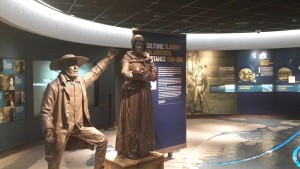 After enjoying the party for a while, my husband and I made our way into the museum galleries.

We started by perusing A Heritage Preserved: African-American art from the Kimberly and Elliot Perry Collection on display in the small external gallery.  The Perrys had generously hosted a group of conference attendees at their home earlier in the week to see works from their collection and learn about their passion for Black art.

Next, we progressed into the permanent exhibits, which start in a circular room showcasing the triangular trade on the floor, statues depicting the middle passage against one wall, and a statue of a woman on an auction block in the center.  This recently remodeled museum has a number of interactive exhibits including trivia quizzes and touch screens.  This first room has an interactive wall of clues with buttons to press and discover the person of the era described by the clues. 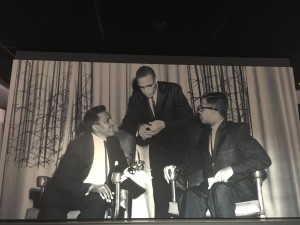 As I walked through this museum, naturally, many of the exhibits reminded me of the Birmingham Civil Rights Institute: Rosa Parks and the Montgomery bus boycott, the freedom riders’ bus, King’s prison cell, etc.  However, this museum has one extensive exhibit that recognizes an element of the Movement that I do not remember seeing in Birmingham: Black Power.  One of the gems I got from this somewhat rushed, late-night museum visit was a tidbit I heard on one of the many videos going throughout the galleries.  As I walked by a video playing in the Black Power exhibit, I stopped briefly to hear Dr. Hassan Kwame Jeffries, one of the museum’s advising scholars, explain that the Black Power Movement was not, in fact, in opposition to the Civil Rights Movement, the former was instead, an extension of the latter that was designed to secure and ensure the realization of the gains that had been achieved. 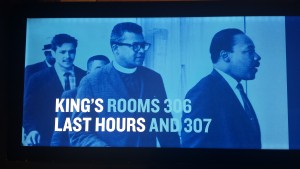 Of course, one critical element of this museum that Birmingham does not have is the Lorraine Motel.  The final gallery in this maze of panels, artifacts, videos, replicas, and touch screens centers around rooms 306 and 307 of the Lorraine Motel preserved for forty-seven years.  What stood out most to me about that exhibit that left my heart aching were the photos depicting Black America’s grief.  I knew about the widespread civil unrest that followed King’s assassination, but the nation wide grief is  captured in the photos on display in a way I had not seen before.

Thus, when I emerged back into the museum gift shop, which was across from the party room, like my friend earlier, I didn’t feel much like partying.  It was my turn to feel emotionally drained and in need of a minute to recoup before going back in to do the Cupid Shuffle.

Check back next Monday, October 12th,  to read about my visit to the W.C. Handy House Museum.