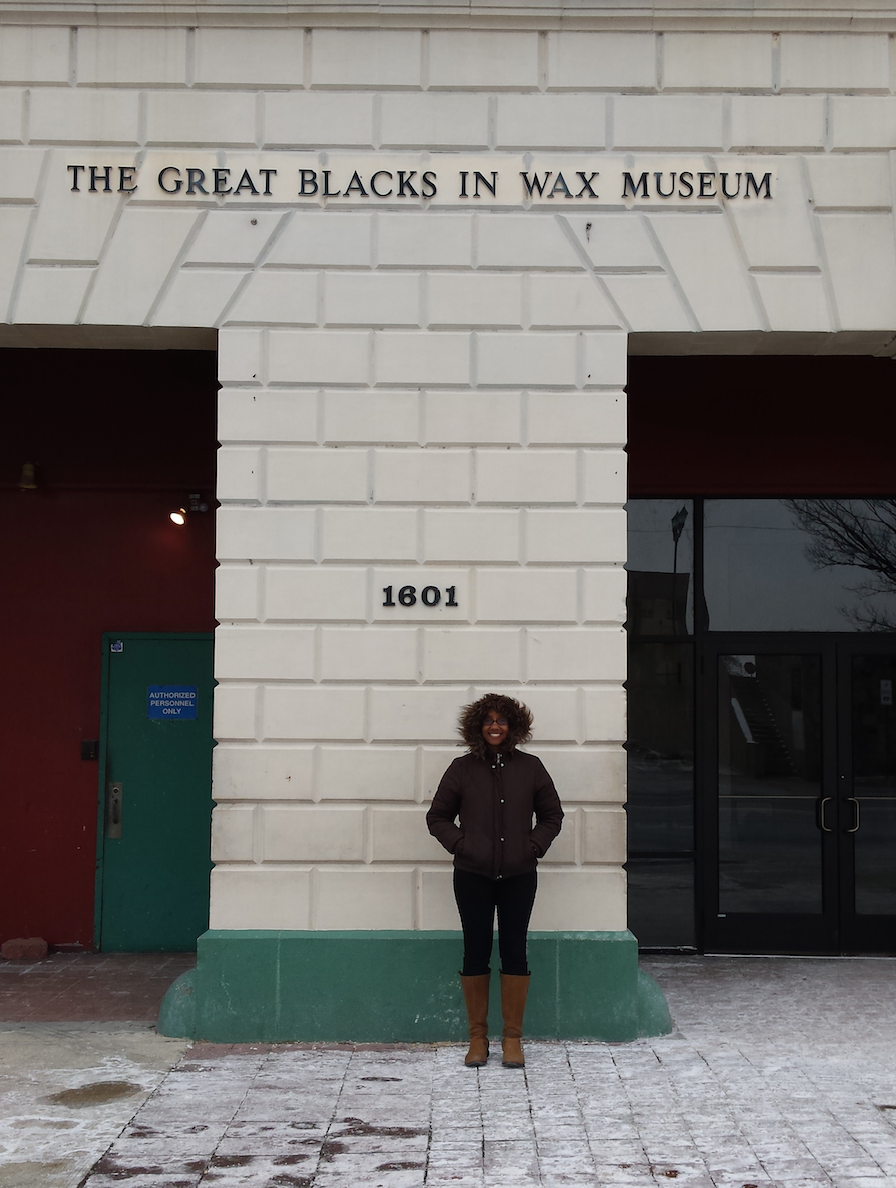 d the HBO series, The Wire, but I am sure The Great Blacks in Wax Museum is located right in the middle of the set for that show.  The museum opened in the 1980s in a converted fire station, which has afforded it extensive square footage for exhibits.  We were greeted in the foyer of the museum by wax figures of Carter Woodson and W.E.B. Dubois along with one of an elephant with a boy on its back.  There is also a plaque that offers some historical context for the wax museum concept.  According to the plaque, ancient Egyptians were the first to use wax figures to honor great leaders.  It goes on to say, “The National Great Blacks in Wax Museum is proud to carry on a tradition started by our Kemet ancestors over five-thousand years ago.” 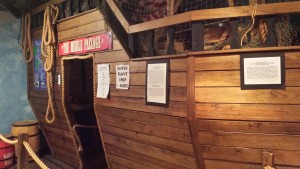 After each visitor bought a ticket, the woman in the Plexiglas-enclosed ticket booth was sure to tell him or her to enter the first exhibit through the red, black, and green swinging doors to her right and start the self-guided tour with the slave ship.  We followed her instructions and entered the replica of a ship marked with two signs, “The Middle Passage” and “Enter Slave Ship Here.” Clearly the designer of the museum thought it important for visitors to start their visit with the Middle Passage exhibit, I assume to replicate the start of most African-Americans’ ancestors’ journeys to the United States.

The exhibit was a difficult one, with three-dimensional models of captured Africans and depictions of some of the worst treatment humans inflict on one another.  The most disturbing elements of this exhibit were the posted quotations from documented observations aboard actual slave ships.  I noticed some of quotations were the same we saw in the Alexandria Black History Museum.  This exhibit, however, is not in a well-lit, traditional exhibit hall with finished text on clean panels that can be read from a distance. Instead, visitors are thrust literally inside of the exhibit, face to face with three-dimensional figures mimicking the agony experienced by African prisoners who endured the middle passage.  The quotations and other descriptions are printed on worn sheets of paper tacked with thumbtacks to wooden panels inside the ship.  Then, as visitors exit the exhibit, they are invited to participate in its final, experiential component. A pitcher and a communion tray filled with tiny communion cups of water from the Atlantic Ocean are available, and visitors are invited to pour a libation in honor of those lost during the Middle Passage and in recognition of what they all endured.

As I poured my symbolic cup and tried to envision my own ancestors who underwent the Middle Passage, I felt a profound responsibility to create a legacy in their honor.  I realized that one of the essential benefits I get from studying African-American history and from creating and sharing Our Museums is an opportunity to honor my own literal ancestors along with my figurative ancestors, the members of their extended communities and networks who shared their experiences.  Although I fear that I will never be fully satisfied with my capacity to honor those men and women, I offer this project as one attempt in my ongoing pursuit of recognition for those who bore so much and without whom I would not exist.
Check back next Monday, May 18th to read part 2 of the National Great Blacks in Wax Museum of Baltimore, Maryland.

One thought on “National Great Blacks in Wax Museum (Part 1)”