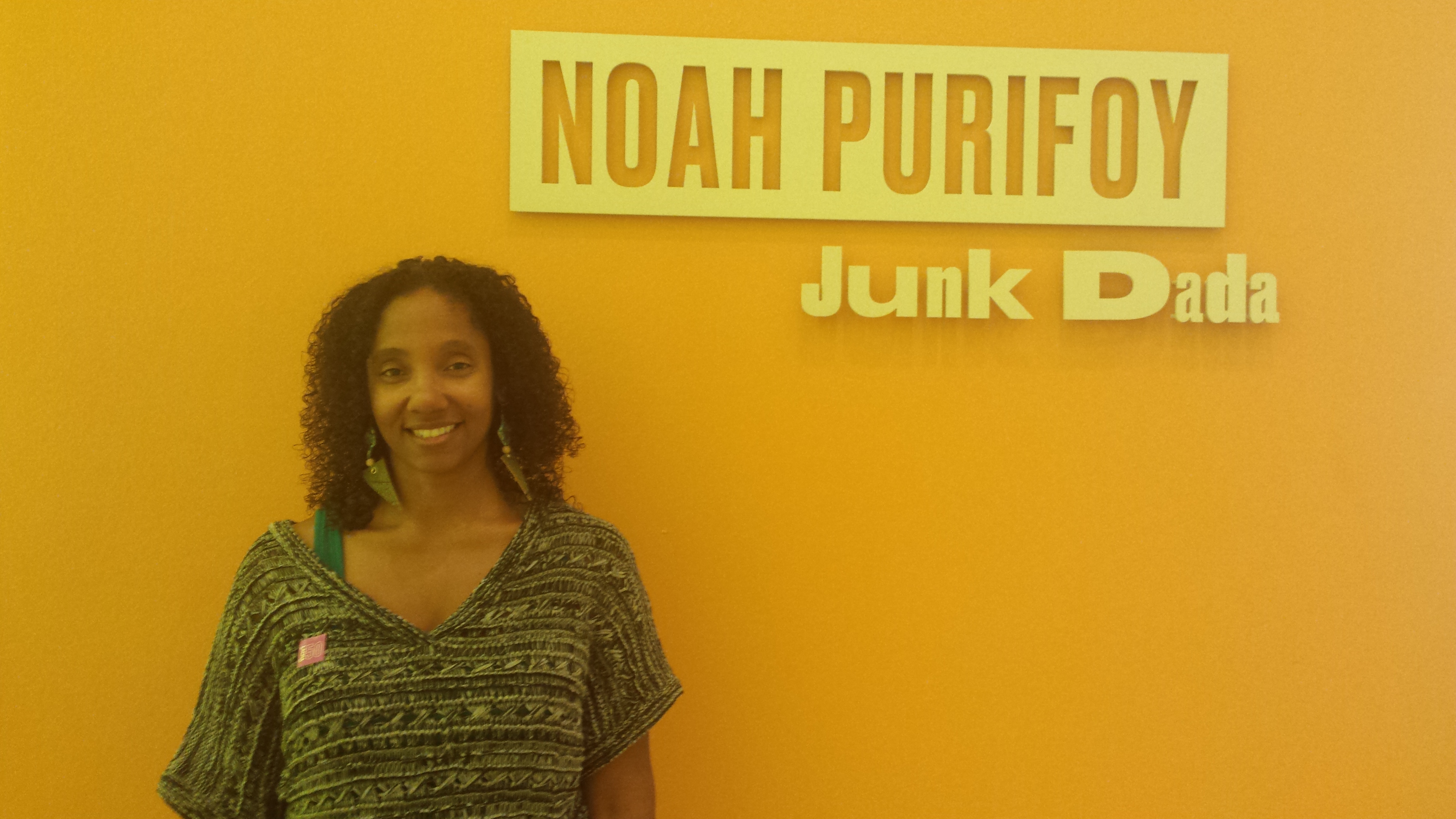 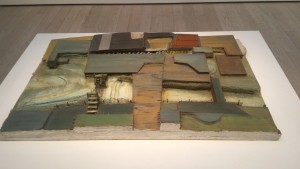 I don’t remember how I first heard of this exhibit of Noah Purifoy’s work at the Los Angeles County Museum of Art. Surprisingly, I had not heard of this local modern artist until I encountered the Junk Dada exhibit.  Purifoy was born in Alabama in 1917, and he received most of his formal education in the south.  He came to California, however, for his arts education and spent more than half of his life here producing works of art. 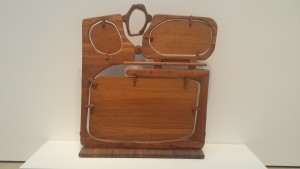 Most of Purifoy’s artwork is composed of found objects, but his earliest existing work is a 1958 headboard he made during his decade-long career as a modernist furniture designer. The other works in the Junk Dada exhibition are wall hangings along with indoor and outdoor statues and structures made with found objects. 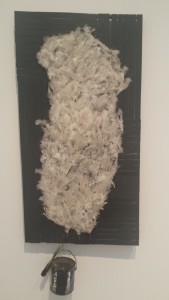 I explained my limited experience and patience with visual art in my blog post about my visit to the One Way Ticket exhibit at the Museum of Modern Art.  My only formal training in visual art appreciation is from one undergraduate class in African-American art nearly twenty years ago. Because of that inexperience, I sometimes felt maladroit as I examined Purifoy’s modernist pieces.  I did find the symmetry and clean lines in Purifoy’s work beautiful, and I appreciated the overt historical and tragic references of some pieces like “Hanging Tree” and “Strange Fruit.” 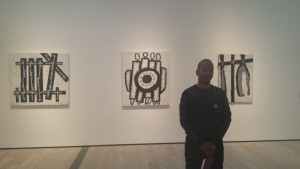 In addition, some of Purifoy’s works invoke significant figures in African-American cultural and artistic movements.  For example, in his 1995 Desert Tombstone Series, Purifoy named three pieces “Fire Next Time I, II, and III (After James Baldwin).”  He also named a wall hanging “Rags and Old Iron II (After Nina Simone)” and another piece “Black, Brown, and Beige (After Duke Ellington).”  Purifoy called attention to the connections between his works and the larger context of Black Art. 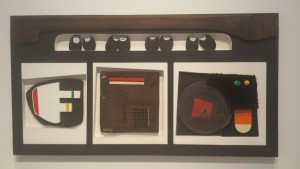 I enjoyed Purifoy’s work so much that now I am planning to take an Our Museums trip the Noah Purifoy Foundation’s Joshua Tree Outdoor Museum in the desert of Joshua Tree, California where he spent the last years of his life. 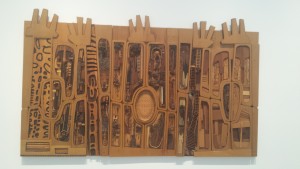 Be on the lookout for my next blog post about my visit to the African-American Firefighter Museum.