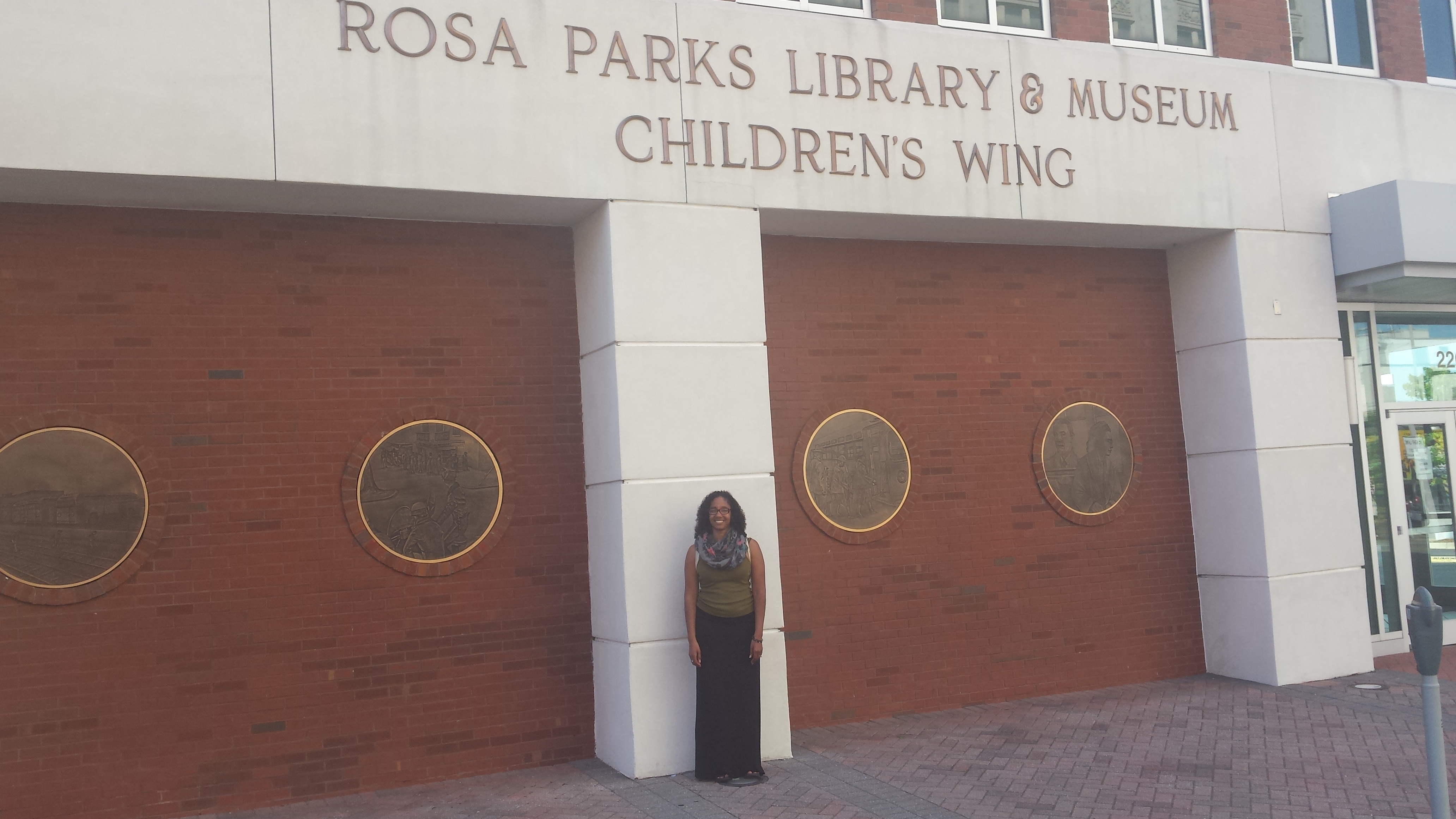 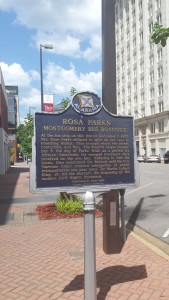 The Rosa Parks museum is part of the Montgomery campus of Troy University. It is located at the intersection where Rosa Parks was arrested after refusing to give up her seat and igniting the 13-month long Montgomery Bus Boycott. 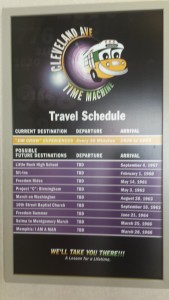 The museum is separated into two wings, a Children’s Wing and the main museum.  The exhibits have been the same since 2000, so the new director, Felicia Bell, is eager to replace them with more updated and interactive displays. I found them highly original, especially the kids’ exhibit, which uses the premise of time travel. In the lobby a schedule of the time machine’s travel is posted along with an explanation of how time travel works. In the center of the main exhibit room is a rocking and rolling bus “time machine” on which passengers travel to the time before the Civil War and learn about Dred Scott, his family, and their great loss in the Supreme Court with a video that includes actual photographs along with some reenactment.  We also learned the origins of the term “Jim Crow”.

The bus driver, Mr. Rivet, next shuttles passengers to forward to the War and on into the era of Jim Crow laws.  This includes a reenactment of Homer Plessy’s 1896 arrest after purchasing a ticket and sitting in the first class cabin of a train. Jim Crow laws continue into the 1950s, which, of course, leads us to December 1, 1955 and Ms. Parks.

Once we finished our experience with time travel, we moved on to the main wing of the museum to an orientation video, which offers some background and context for the boycott. The video includes statements from Black and White locals who actually lived through the boycott.  They describe the personal impact bus segregation had on members of the community and the humiliation suffered by African-American bus riders. 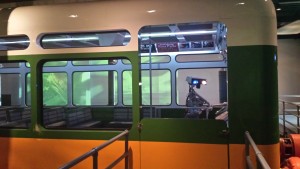 The main exhibit begins with a huge bus replica on which images are projected to recreate the events of the evening Rosa Parks was arrested. It’s a great and unique way to show visitors all the details of what happened. Visitors then move into the next room to hear about the boycott and the Black church’s role.  What stood out most to me was the Women’s Political Council, a group of women leaders, very active in organizing the Boycott, who wrote and duplicated more than 50,000 leaflets informing the community about the boycott. This was my first time hearing about that group. 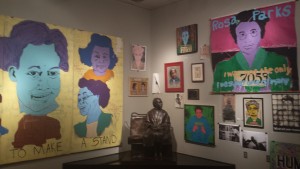 Of course, 27-year-old Martin Luther King Jr. is featured in the exhibit as the leader of the boycott.  I had no idea that he and other leaders did not initially ask for the complete elimination of segregation, even on Montgomery busses.  The protesters were only asking that Black passengers be treated with as much respect as White passengers, even if they remained segregated. They also requested that the bus company hire African-American drivers to drive in African-American neighborhoods. 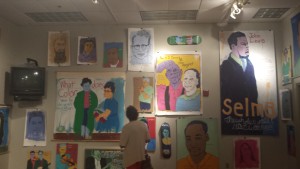 The exhibit ends with the jubilation of the Browder vs. Gayle verdict when the U.S. Supreme Court found Montgomery and Alabama’s bus segregation unconstitutional.

We finished our visit in the museum’s last small exhibit hall where Tim Kerr paintings of civil rights icons and images were on display.

Watch this video to get a four-minute tour of the museum from the former director:

Check back on Monday, August 10th, to read about my visit to Tuskegee History Center.