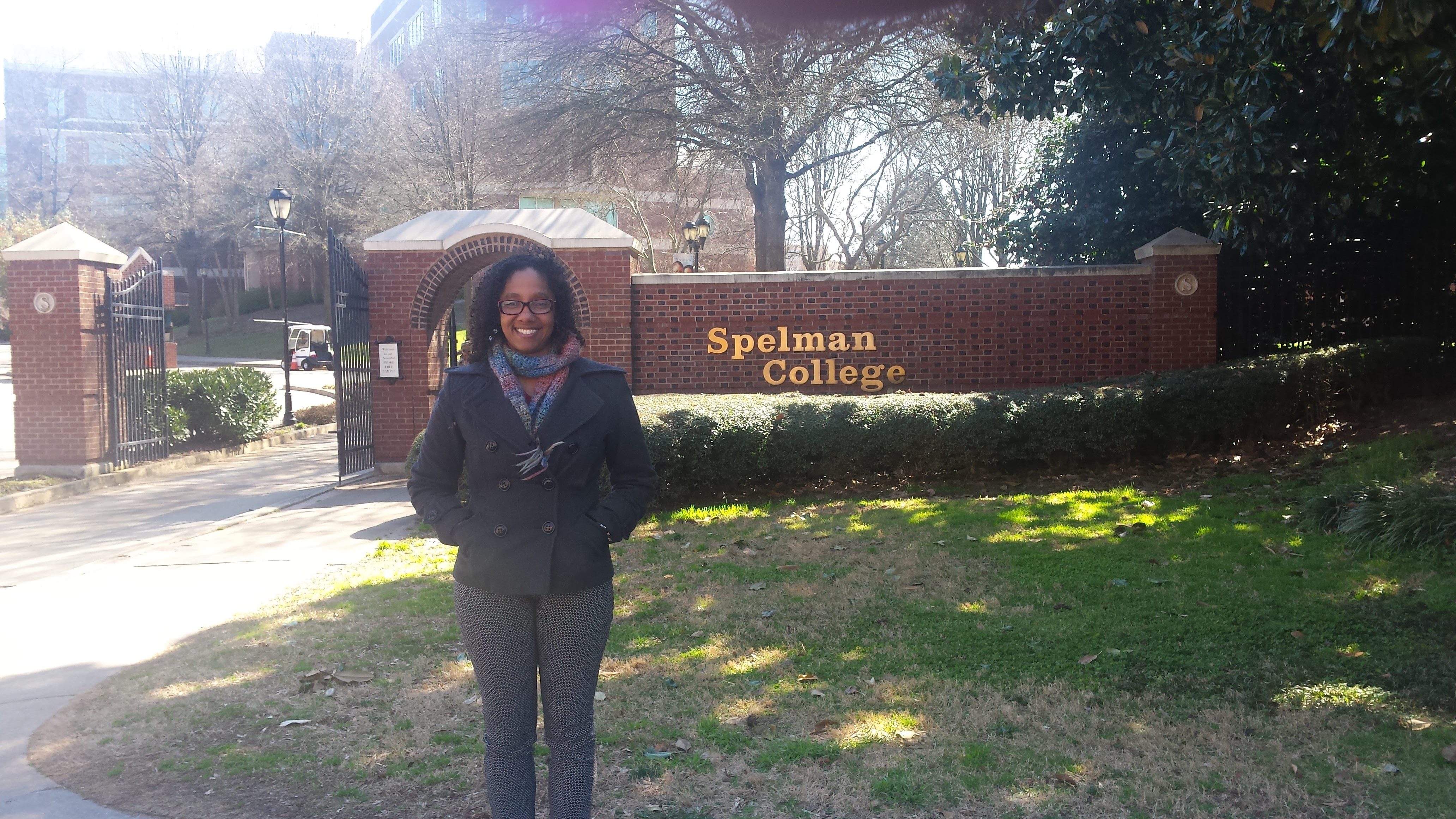 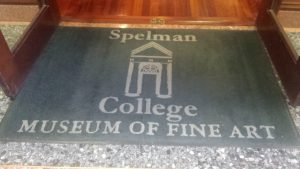 As far as I can remember, this was my first visit to Spelman College, and I must admit that I felt a thrill when, as I navigated the campus asking for help from the usual student employees, they were all young Black women.

The museum is small, 4,500 square feet, on the ground floor of the Camille Cosby Academic Center.  I was impressed by the signs posted indicating that someone came up with the brilliant idea to offer Yoga in the Museum on Mondays during the Spring 2016 semester.

The first series of photographs in this exhibit features members of the African choir from South Africa, who, according to this article from The Guardian, toured England from 1891-1893.This series includes some of the most stunning in the entire installation.  The choir members are posed alone, in small groups, or as a full, large group. 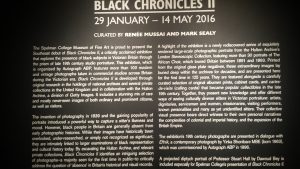 Because this exhibit is British, it comes very much from a colonialist perspective.  The Africans in the African Choir are admired in a way they never would’ve been in the post-Reconstruction 1890s United States.  The British camera captures the beauty emanating from the subjects that an American camera would have likely missed entirely.  This portrait of a young woman, Eleanor Xiniwe, is one of the most stunningly beautiful in the series, enlarged to poster size and placed at the entrance to Spelman’s exhibit. When Sean O’Hagan says in his article, “some of the women look like they could be modelling for Vogue,” he is surely referring to that portrait.  There are portraits of other of choir members including the two children who traveled with the choir.  Surprising to me was the amount of detail visible in the enlarged photos.  I would never have expected 100+-year-old negatives to produce such clear, vivid images.  As Felicia Feaster says in her review, this detail makes the images more contemporary, familiar, and relevant

Another noteworthy subject in the exhibition is British boxing champion, Peter Jackson, sometimes called the “Black Prince.”  1888 photographs of him include one in formal attire, a full tuxedo, top hat and tails to boot, and another bare chested. 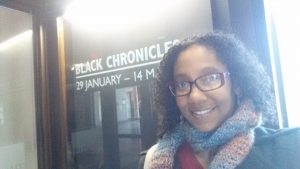 The exhibit also includes photographs of Ashantee warriors known for taming lions; an Ethiopian prince, Dejaz Alamaieo; conjoined twins, Millie and Christine McCoy; Blind Tom Wiggins; Kalulu, the “companion” of Sir Henry Morton Stanley; and even some South Asian subjects from the Salvation Army. Their inclusion reminds the viewer that “blackness” is defined differently around  the world.  Again, in the US a South Asian man in a turban would never be included in an exhibit chronicling “Blackness,” even in the 19th century.

Since this exhibit is not African American per se, it offered a unique point of comparison with American exhibitions I’ve seen and likely will see and offered a taste of the British gaze.  That rare point of comparison will motivate me to keep an eye out for late nineteenth century photography exhibits depicting African Americans.  If you know of one, be sure to tweet it to me, message me on Facebook or Instagram, or send me an email. I wouldn’t want to miss it!

Check back for my next post about my visit to the Clark Atlanta University Art Galleries.