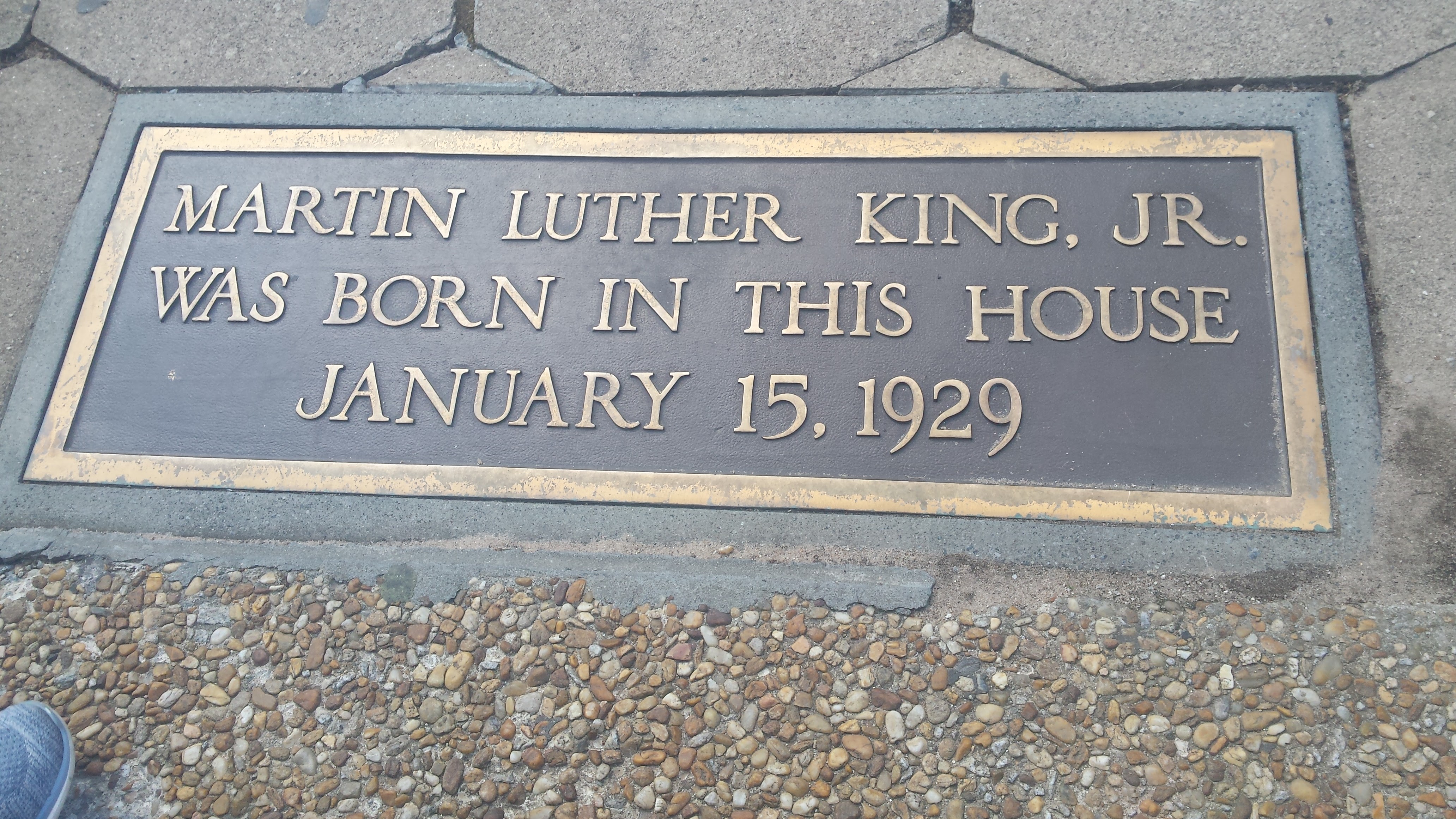 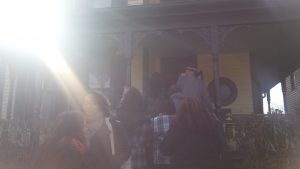 The King Birth Home is about a block from the Visitors Center, and as we’d predicted when we left the Visitors Center, there was a line snaking out the door, down the walkway to the sidewalk, and a class of third graders got in line right behind my colleagues and me. Most days, visitors must sign up for a tour of the home, but on Fridays the home is staffed by six or seven guides, only one of whom appeared to be a ranger, each one standing at a station as a continuous line of visitors streams past.  The home, where King lived until he was twelve years old, is clearly a very popular destination where guests get an intimate glimpse of King’s youth.

Because the house is such a popular destination, the ranger manning the door when we visited used a military-style demeanor to manage the crowd, repeating the “No photography. No exceptions.” rule again and again in the tone of a drill sergeant.  He also shuttled people into and through the house shouting, “Keep it moving! Keep it moving! Keep it moving!” Once we got inside, I attempted to take notes on my phone, and while the first volunteer was understanding and explained that the King family still has rights to any images taken of the inside of the home, so the National Parks Service was bound to forbid and prevent any photography from taking place, the next one, even when I showed her my notes, insisted that I put my cell phone away.

The house was purchased in 1909 by Dr. King’s maternal grandfather. Inside, it looks like any other middle class home of the 1930s when King lived there. “Approximately 20% of the furniture in the home is original” was a factoid repeated by several of the guides, but when I asked about specific pieces of furniture, besides the piano and icebox, which are original, no one seemed to know.  We saw the bedroom where Dr. King and his siblings were born, the girl’s room decorated all in pink, and the boys’ room upstairs in disarray the way Christine, Dr. King’s sister, told the curators the boys’ typically kept it. 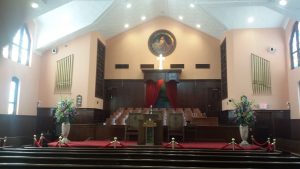 From the Birth Home, we headed to Historic Ebenezer Baptist Church, passing through the King Center stopping to take photos of the reflecting pool, the tomb, and the eternal flame.  The church sanctuary has been restored to its 1960s appearance.  We also visited the fellowship hall where banners recounting the history of the church are on display.  Dr. King’s grandfather became pastor at Ebenezer in 1894, and his son-in-law, Martin Sr. worked as his assistant pastor and succeeded him when he died in 1931. The church already had a history of social activism, so when Martin Luther King Jr. became assistant pastor to his father and the SCLC was formed in 1957 out of meetings held at Ebenezer, no one was surprised. 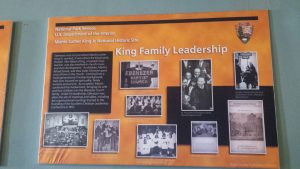 The biggest treat from our visit to the church was walking into a group of children, probably first graders, peppering a ranger with questions.  One child asked her how King died, and another piped up chanting “James Earl Ray”.  One boy got fixated on what type of gun was used in King’s assassination, but the best question was this asked by a little girl: “Why did they kill him?” When I was disappointed that the ranger simply avoided the question, I began to wonder how I would answer that question.  I thought of an episode of This American Life I’d heard about a father answering the same question from his daughter about Jesus, which later led to her perceptive response to learning about Martin Luther King. 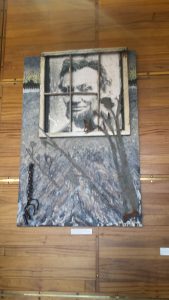 We left the church, and my colleagues went to catch their flight, so I went on to Freedom Hall in The King Center, wondering what more I could learn that day about Dr. King.  On display in the foyer and along the hallways of the Hall are beautiful works of contemporary art.  One installation was made up of socially conscious mixed media pieces by Robert Claiborne Morris, some from his series Slavery by Another Name. 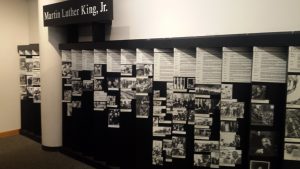 The historical exhibits are on the second floor, and one room features two detailed timelines of King and Coretta Scott King’s lives.  Before I learned how involved she was  in the planning and building of the King Center, I was surprised to see so much detail about Mrs. King’s life.  I was especially surprised to learn that in 1941 when she was just in eighth grade, she heard Bayard Rustin speak about India’s struggle for freedom, and the nonviolent strategies used by Gandhi.  King first heard about nonviolent resistance in 1948 when he started seminary training, which means that Coretta learned about nonviolent resistance before her husband did.  The Hall houses a number of artifacts as well, including a few of King’s pastoral robes and sashes, awards granted to both Dr. and Mrs. King. 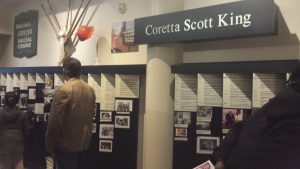 As I was perusing these exhibits, I was thrilled to hear a white woman visitor say, “I didn’t have to learn anything about the Civil Rights Movement to pass the GED, and it’s one of the most important parts of our history.”  Hopefully, she will pass that sentiment on to her family and in her community.

While we are inundated with information and images from Dr. King’s life, especially in January and February, I learned a lot about King’s life that I didn’t already know.  I left Sweet Auburn that day far more knowledgeable about King and his legacy.