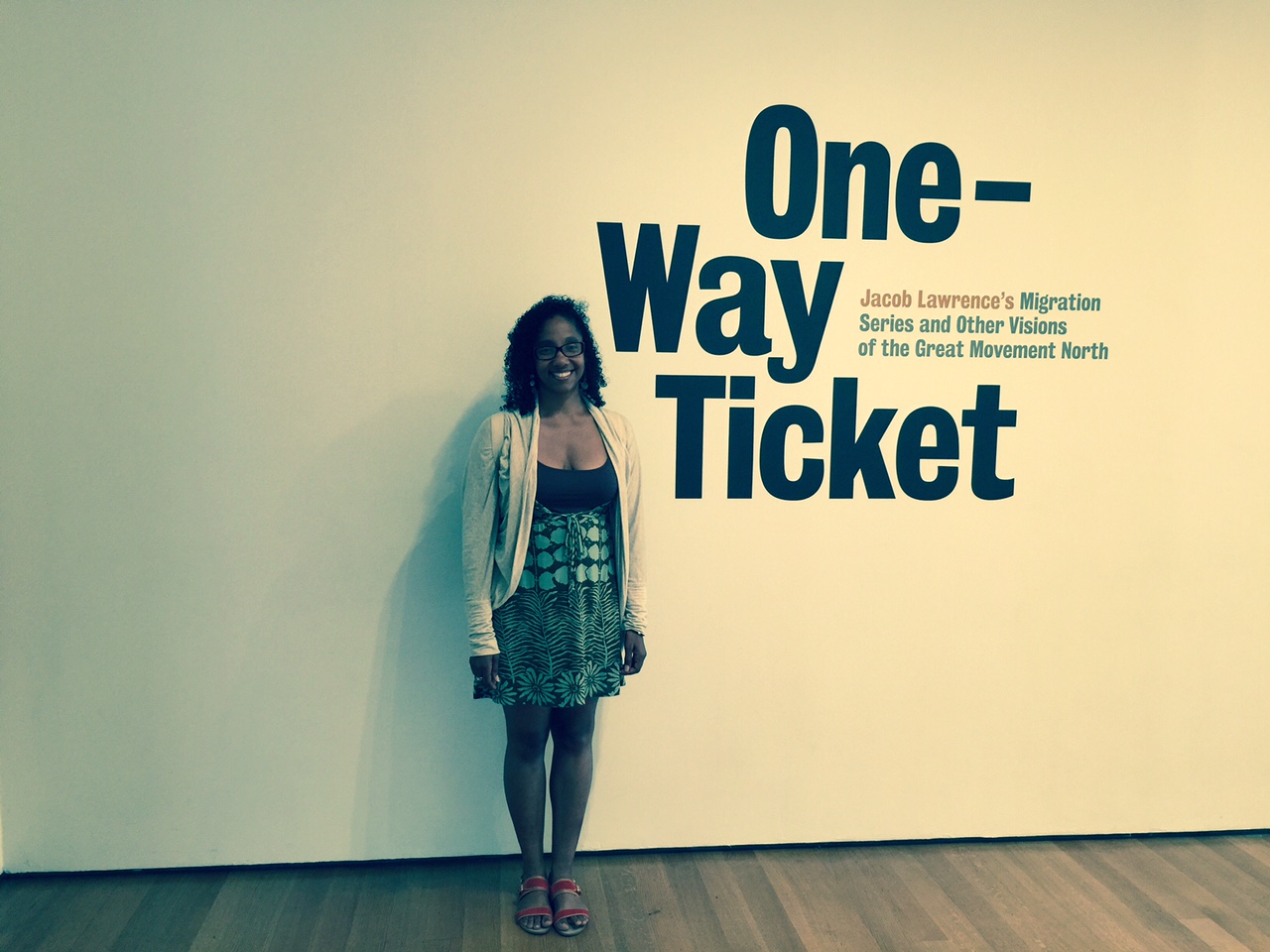 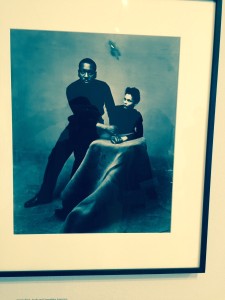 In April, my friend Sharon shared this exhibit on Facebook, and I immediately added it to my Our Museums itinerary for two reasons: One, I love learning and thinking about The Great Migration.  Isabel Wilkerson’s The Warmth of Other Suns is one of my favorite books, and I am the product of two Great Migrants.   Two, Jacob Lawrence is one of the most important African-American painters of all time.  I remember learning about him in my undergraduate Introduction to African-American Art class.

I experienced the magnitude of this exhibit even before I set foot in the museum.  The MOMA website includes this phenomenal interactive site that shows each of Lawrence’s sixty panels and offers historical and cultural context for each one! 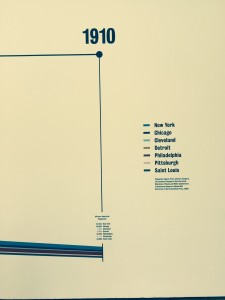 This exhibit is an artistic celebration of The Great Migration experienced by millions of African-Americans in the 20th Century.  On one wall along the hallway leading into the exhibit space is a visual representation of the growth of the African-American population between 1910 and 1970 in seven American cities: New York, Chicago, Cleveland, Detroit, Philadelphia, Pittsburgh, and Saint Lewis.  The population in each city grows 50 to 300 fold (In Chicago it went from 44,000 to 1,102,500.) 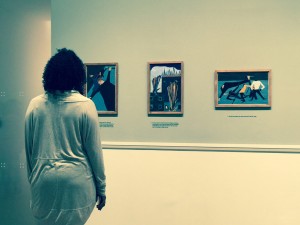 Once inside the exhibition space, the main room houses Lawrence’s sixty panels and their captions documenting the migration.  We spent about two hours taking in each painting.  Some of my favorites are panels 10 (Beautiful in its simplicity.  I love Rita Dove’s poem too!!), 37 (The vibrant colors of the liquid steel and the stark background), 53 (Oh that coat!), and 60.  I especially love the caption for panel 60: “And the migrants kept coming.”  By 1942, when Lawrence created the series, the Migration had been going on for over thirty years.  He was a product of the migration, his parents having migrated to New York.  This was before the big World War II boom in the migration, and Lawrence cleary knew it was nowhere near over.  Throughout the series he intersperses images of the South, the migrants leaving, and images of the North, then he starts again.  Early in the series he shows the vast improvements African-Americans encountered in their quality of life after they migrated.  However, after the Northern cities became overwhelmed with Black migrants, the quality of life quickly deteriorated.

As I made my way around the room, I was reminded of my impatience with visual art.  I love text and facts, so I am inclined toward historical exhibits, so although this exhibit has a historical theme, it is an art exhibit.  Thus, in order to appreciate the art, I relied on the website to explain Lawrence’s artistic style and devices to my untrained eye. I find that without help, I am easily distracted from works of visual art.  That interactive website was made for people like me!  After much practice, by the time I got to Panel 56, I forced myself to spend time looking at it, and I got so excited when I noticed the light shining from the ceiling! 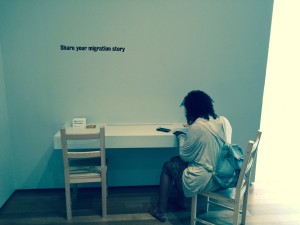 After a lunch break, we resumed our tour of the One Way Ticket exhibition.  In several rooms adjacent to the main room are artifacts and other works of art pertaining to The Great Migration.  Of course I hovered over poems and novels of the migration like Native Son, Autobiography of an Ex-Colored Man, Cane, and my favorite book of all time, Quicksand. There were also poems by Langston Hughes, Countee Cullen, Sterling Brown, and Claude McKay among others on display.  In one room this haunting video of Billie Holiday singing “Strange Fruit” and this video of Marian Anderson singing “My Country ‘Tis of Thee” on the steps of the Lincoln Memorial was on a loop.

Finally, there was an case with journalistic and academic works of nonfiction from the Migration on display like Richard Wright’s  12 Million Black Voices, Walter White’s Rope and Faggot; recounting White’s undercover journey among White supremacist groups; and Carter G. Woodson’s A Century of Negro Migration.

Check back next Monday, September 14th, to read about my visit to the Louis Armstrong House Museum in Queens, New York.