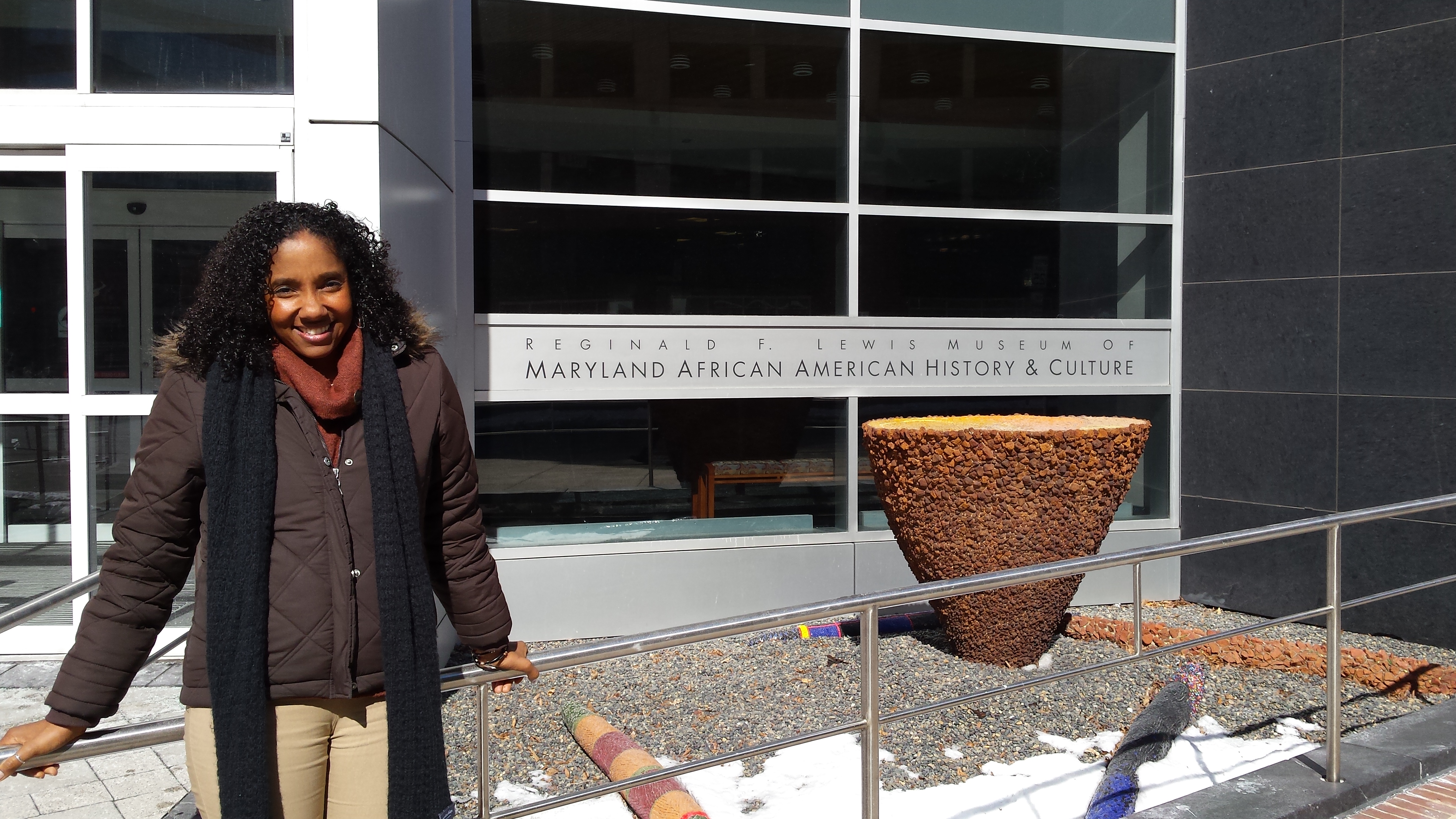 The Reginald F. Lewis Museum is huge, beautiful, contemporary structure located in Baltimore’s tourist-filled Inner Harbor. In 1999, the Baltimore Sun published an article in which the National Great Blacks in Wax museum founders raised some concerns about a new African-American museum coming to Baltimore. When I learned about the two African-American museums in Baltimore, I, too, was puzzled and marveled that the city had funding to support two museums focused on telling the story of African-Americans in Baltimore and beyond.  Now that I’ve visited both venues, I see the stark contrast and the value of maintaining both spaces in a city with such a rich African-American legacy.

Reginald F. Lewis, born and raised in Baltimore in the 1940s and 50s, was a successful attorney, entrepreneur, and philanthropist.  He died in 1993 at age fifty, and in 2002 The Reginald F. Lewis Foundation donated $5 million to the museum. 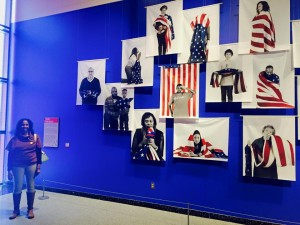 This museum houses a temporary exhibit on the second floor, and when I visited, the exhibit was For Whom it Stands an exhibit displaying a variety of depictions of the American flag from artists of color. This exhibit included the 7th Annual High School Juried Art Show for which Maryland high school students responded to this prompt: “The Flag and the American People: What Does it Mean to Me?”

The third level of the museum houses the permanent exhibitions in a network of interconnected corridors and rooms that my colleague described as “non-linear, like the Web”. 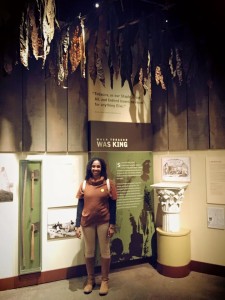 There is an exhibit honoring the role of the barbershop in the Black community.  There is a powerful small room shaped like a tree trunk in which visitors can and read the names of lynching victims projected on the wall and hear their names read.  There is an exhibit showing the role of slave labor in cultivating tobacco in the region.  There is a description of the ships built in Baltimore shipyards that were used to transport human cargo. There is an entire wing focused on African-Americans’ historic relationship with Baltimore’s maritime industry.  I was introduced to early feminist abolitionists like Francis Ellen Watkins Harper. I was especially interested to learn about Maryland’s divide over slavery with its northern half more inclined with the northern states and its southern half allied with the South.  By far, my favorite work on display was a highly contemporary, ironic, clever, and hilarious short 1:15 digital video by Pierre Bennu entitled “Black Moses Barbie.” Only the first in the series of three videos is on display in the museum.  Watch that first video here:

This list barely scratches the surface of what is to be found on the third level of this comprehensive, well-funded museum that honors local as well as national issues impacting African-Americans throughout U.S. history.

Check back next Monday, June 1st, to read about my visit to the Frederick Douglass-Isaac Myers Maritime Park, the last post in this Baltimore series.