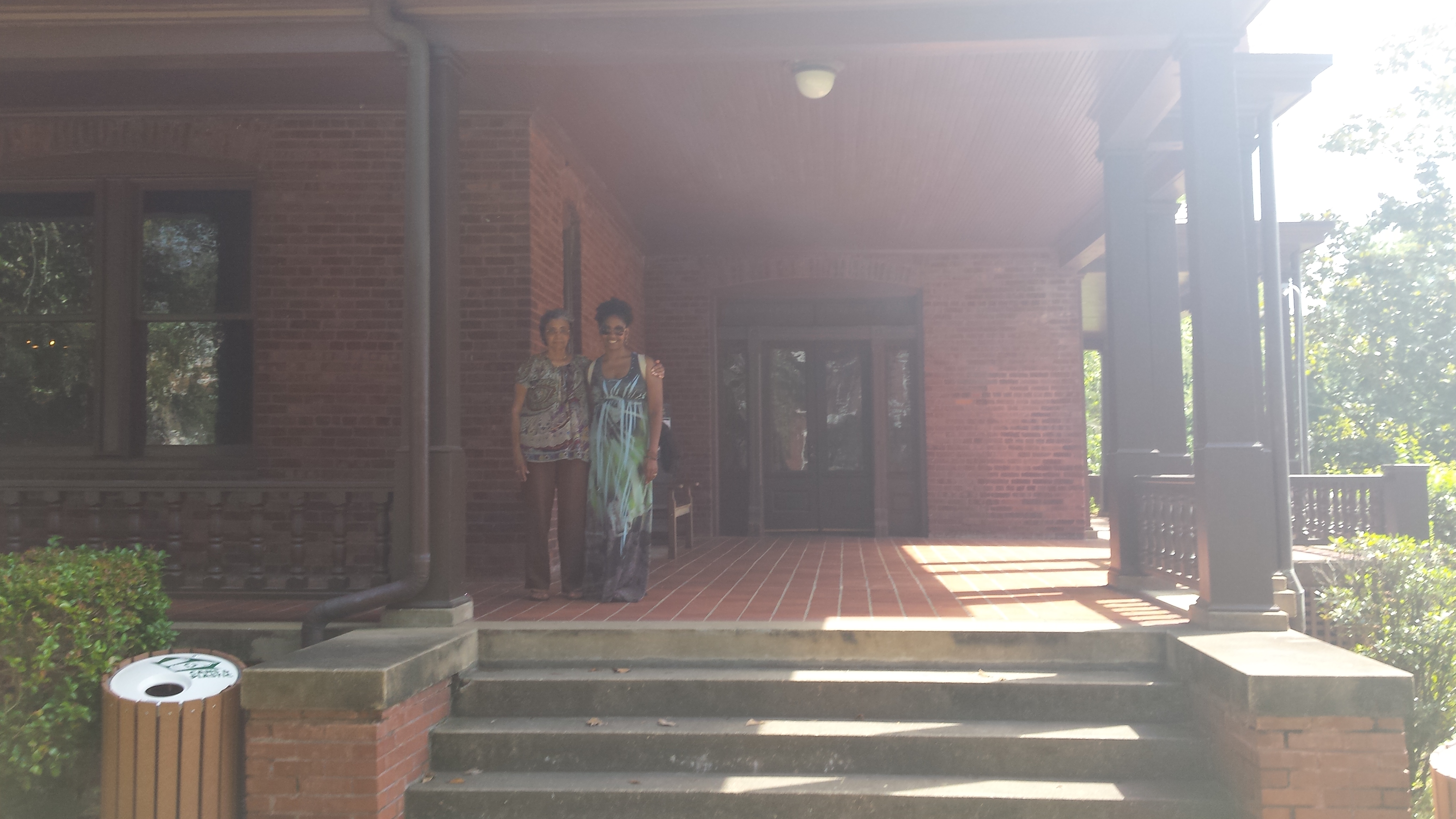 My love for African-American history has fostered a long-term fascination with Booker T. Washington.  Apparently, I am not the only one in my family who has been interested in Washington seeing that my paternal grandfather titled his 1987 autobiography, Up from Poverty.  I have often regretted that he did not live long enough for me to discuss with him the connections he saw between himself and Washington whose famous 1901 autobiography is titled Up from Slavery.  I remember my first encounter with Washington’s Atlanta Compromise speech and the alleged conflict between him and W.E.B. Dubois. I was incensed and felt somewhat betrayed that no one had told me that the beloved Washington was actually what I saw as a conformist sellout who maintained low expectation for his people. Of course, I now realize the shortsightedness of that view, and although my visit to Tuskegee University left me with mixed feelings, I have since regained respect for Washington. 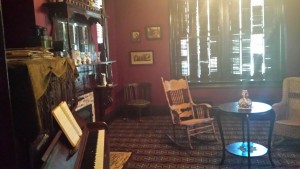 Our ultra-knowledgeable Park Ranger, Robert Stewart gave us our tour through Washington’s 1899 house, emphasizing the extreme self-sufficiency of the college during Washington’s time.  The house was designed by Robert Taylor, the first Black graduate from MIT, and was built exclusively by Tuskegee students practicing their industrial skills. 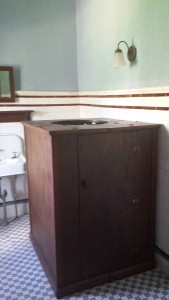 He showed off the state-of-the art technology present in the house.  Washington’s home was the first in the county with electricity, a running shower, and a sauna.  The house has five bedrooms and three bathrooms all with beautiful, vibrantly colored clay-based paint  on the walls, which was engineered by George Washington Carver.  Most of the internal doors feature transom windows above that could be opened to facilitate privacy and promote circulation.  The double-layered oak wood floor is still the original and looks like new.  There are also a number of original pieces of furniture still in the house, including a sofa in the entryway, several chairs and a desk  in Washington’s office that were sent to Washington from Asian students who’d attended Tuskegee.

Washington’s wife, Margaret Murray Washington was only 4’11,” so the house was designed with her stature in mind.  The stairs are shallow, and the handrail was made low to accommodate her and Washington, who apparently, and unbelievably, to me, was only about 5’5”.  Washington’s daughter from a previous marriage and their two sons lived with them there, and legend has it that Washington had an “open door policy” with his children.  As long as they lived in his house, they had to keep their bedroom doors open . . . at all times. 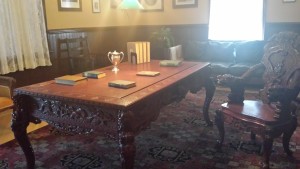 Washington has been criticized for building his house with a rear staircase and servant quarter-style rooms on the top floor, but our guide defended Washington, insisting that these features were designed with student interns in mind who would practice their hospitality skills in the Washington home before going out to make an honest and lucrative  living serving (most likely White) employers.

When I asked Robert about the Washington-Dubois controversy, he took up for Washington (1856-1915).  He made a great point that Dubois lived much longer (1868-1963) and had much more time to make and defend his positions.  Robert also argued that Washington and Dubois actually agreed on most points, and perhaps the media and scholars have made more of the controversy than truly existed.   Robert talked also about other conflicts between Washington and George Washington Carver, which sounded like typical faculty/administration misunderstandings. He also alluded to a conflict between Washington and Monroe Trotter.  But the way Robert responded to Dubois’s ongoing criticisms of Washington and articulated the bottom line of the alleged controversy from his perspective was classic: Ranger Robert said, “As far as I know, Dubois never started a school” and then dropped his mic.

Check back next Monday to read about my visit to the George Washington Carver Museum, also on Tuskegee’s campus.