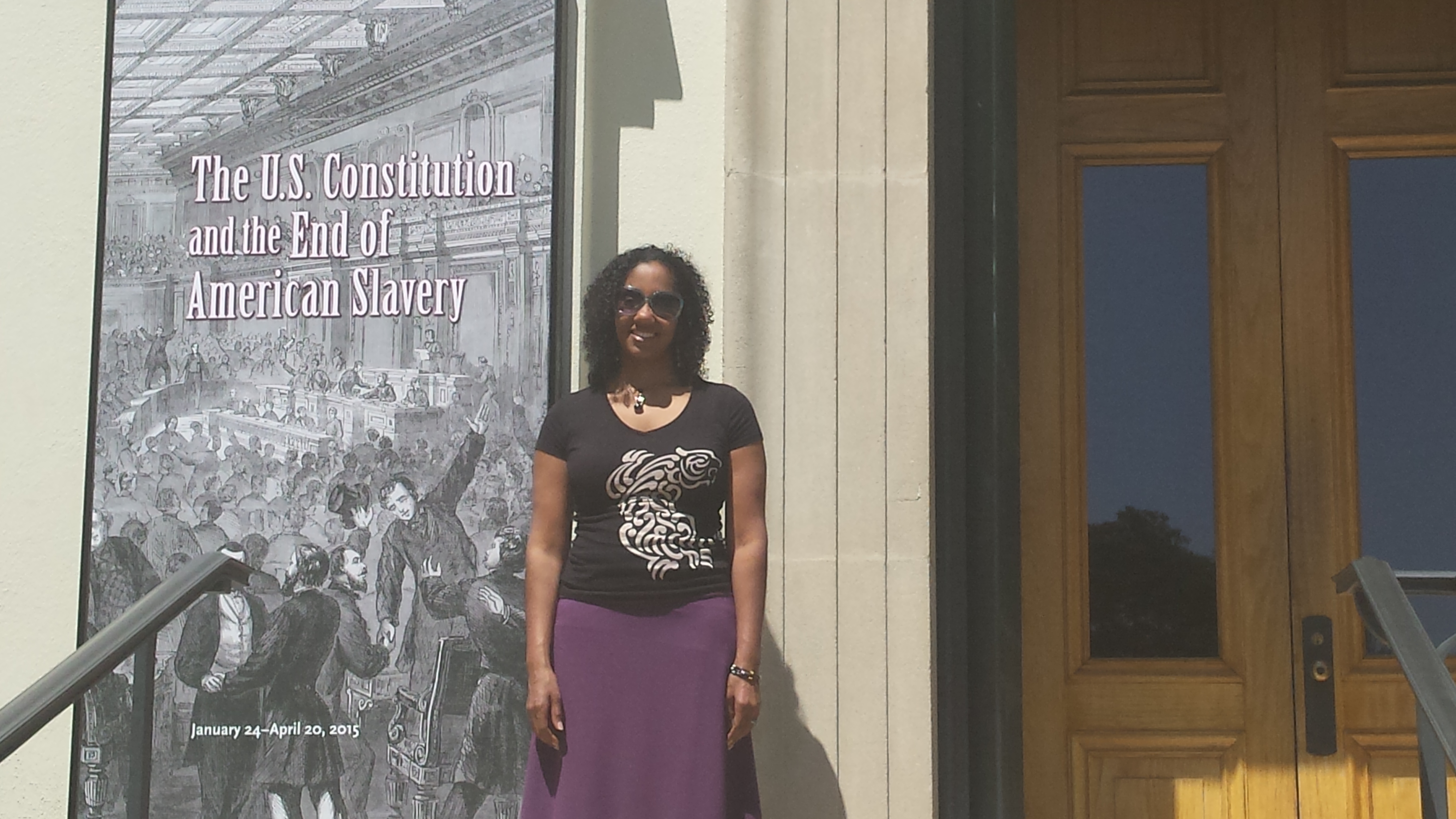 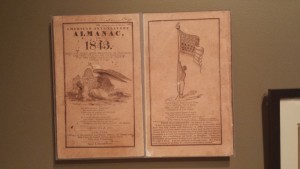 Like the Civil War Portraits exhibit at the Central Library, this exhibit is not a full museum and is not on the Wikipedia List that inspired this project; however, when I heard about the exhibit featuring original documents from the Civil War and the end of slavery, I knew my visit would be a great addition to Our Museums.The exhibit included a number of documents
demonstrating the difficulty of the task of abolishing slavery. There were original manumission papers; there was an 1843 Anti-Slavery Almanac, which featured images of the horrors of slavery to promote the cause of abolition.The exhibit included original letters written by presidents like Jefferson and Lincoln, one from Lincoln to Alexander Stevens, the future Vice President of the Confederacy, from 1860. In it Lincoln commits that his administration will not interfere with slavery in the south despite the fact that northerners thought it was “wrong and aught to be restricted.”Other documents showed how once the southern lawmakers were no longer participating in congressional business, the northern congressmen took advantage of the opportunity to free slaves in their own territories. Until the nation was willing to identify itself as a nation at war, the federal lawmakers had no sway over slavery in southern states because of the Constitution’s federal consensus because the slaves could only be freed as enemy slaves in a time of war. Thus, Lincoln’s Emancipation Proclamation was, according to the U.S. Constitution, an act of war. 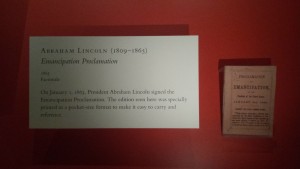 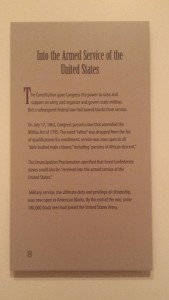 The exhibit included an 1807 book of Thomas Branagan’s illustrated poem, The Penitential Tyrant or Slave Trader Reformed, recounting his experiences as a slave trader and advocating for the abolition of slavery. Branagan had a conversion experience and wrote as many as twenty books advocating for abolition. He even wrote letters to Thomas Jefferson appealing to him to join him in his crusade to end slavery.There were letters recounting the experiences of former slaves serving in the Union army, including their disappointing experiences of discrimination and cruelty among their Union brethren. The exhibit even included manumission papers, documenting the release from bondage of slaves by their masters.The two items that stood out most for me were not actually part of this temporary exhibit. They are part of the Library’s permanent collection on display in Library’s Main Exhibition Hall, just across from the West Hall that housed The U.S. Constitution and the End of American Slavery exhibit. In that Hall on display is a copy of the 1964 book, The Gospel of Slavery: A Primer of Freedom, an illustrated book written in rhyme documenting the atrocities of slavery mimicking a children’s book, but clearly written for adults. The text that left the greatest impression on me was the 1863 pocketsize facsimile of the Emancipation Proclamation. I thought of the African-Americans I’d read about who’d learned of their freedom through this tiny, concealable version of the Proclamation and the joy and excitement they must have experienced as they heard it read or read it themselves. 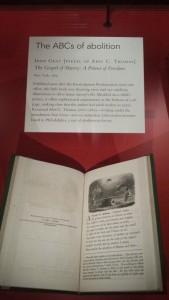 Check back next Monday, June 22nd,  to read about my visit to Colonel Allensworth State Historic Park.